When we first found out from New York Toy Fair 2018 back in February that PhatMojo had the license to make DuckTales toys, there was the following photo in the press release.

We all geeked out about that figure line not knowing what other DuckMerch the future would hold for us from the new show.

Fast forward to the middle of July 2018, PhatMojo DuckTales products started to show up in Target stores.

The collectible figure pack that was shown in the original press release was part of the July product launch.

PVC Figure packs are a popular line of collectibles/toys. They are great for play or display. There have been four different PVC figure sets that have been released for the new DuckTales show. Three of those releases have been by PhatMojo, and the other set was released by the Disney Store.

This review will cover the Target exclusive collectible figure pack by PhatMojo. This set includes Scrooge McDuck, Webby, Huey, Dewey, and Louie figures. The figures come with their same color paint jobs from the show. This set retails for $16.99. This set can be picked up in Target stores or at Target online here.

It will be compared to the other two PVC DuckTales figure releases by PhatMojo.

One of the other sets by PhatMojo was an identical pose set with gold paint job that was a limited edition of 1000 set only available at SDCC. You can read a full review of that product here. 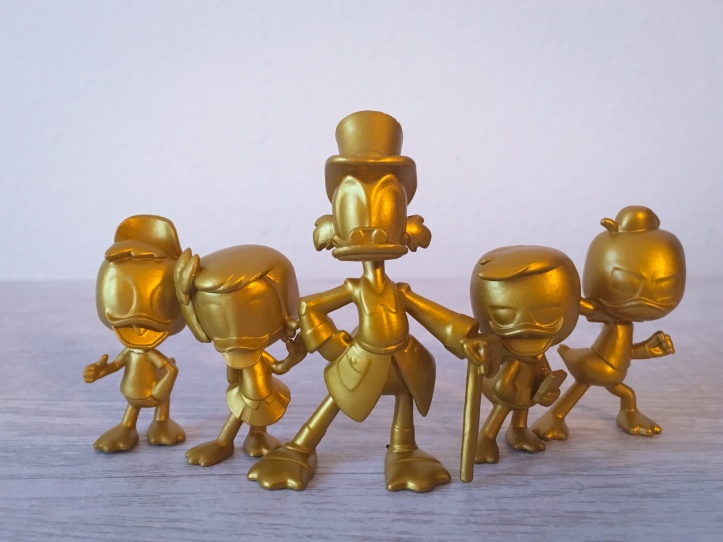 The other figure set is from the mystery Money Stacks packs also exclusive to Target stores. These figures have different poses than the previous two sets above. You can read a full review on the Money Stack figures here.

The figures from all three sets look great, and they have enough differences to warrant owning all three. The packaging from the set that we are reviewing and the SDCC set which is the same packaging is a little tight so you may need to play around with the legs of these ducks to get them to be sturdy on their feet to stand on their own. 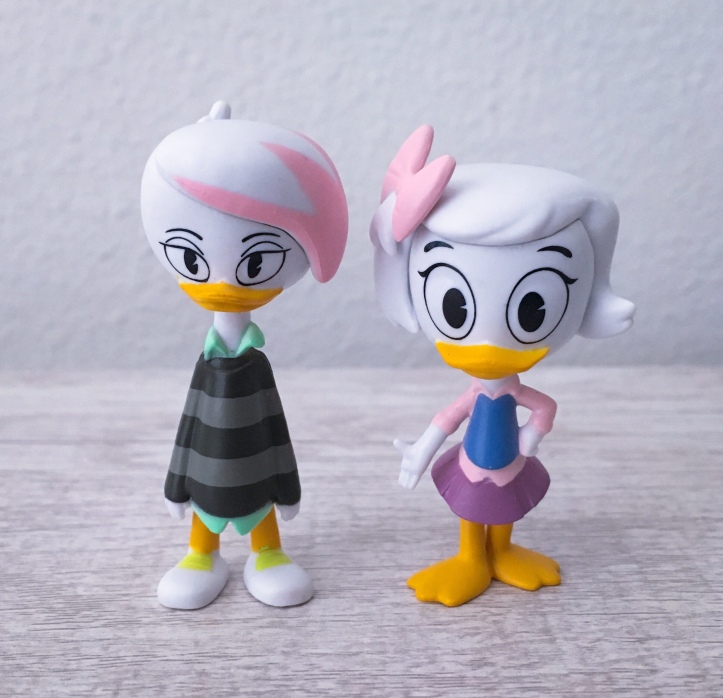 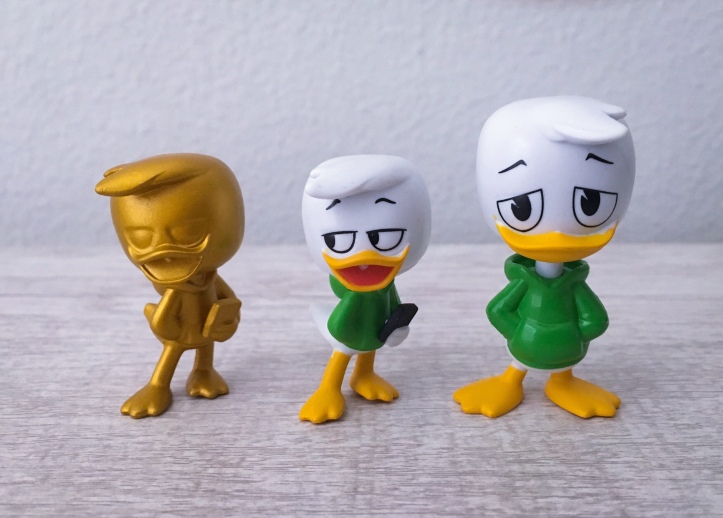 All of these figures are scaled to go with the Money Bin playset which we will review in a separate blog this week.