Super7 announced this summer that they would be partnering up with Disney to do some officially licensed figures. This was extremely exciting news because Super7’s Ultimates and ReAction figure lines rock.

We did a blog on the first three figures announced for the Super 7 Disney Ultimates figure line (Sorcerer Mickey, Pinocchio, and Prince John) that you can read here. 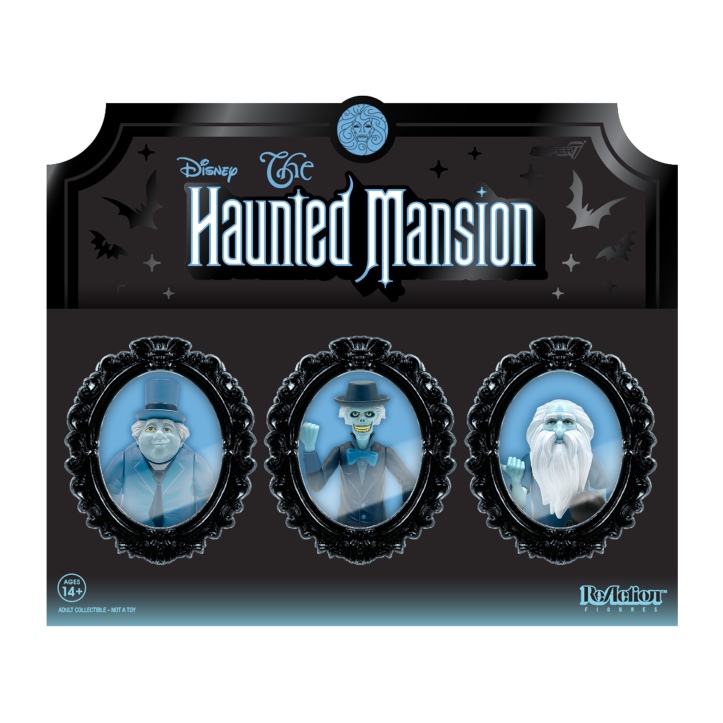 I was able to order a set before they sold out on Super7’s website. My Disney’s Haunted Mansion Hitchhiking Ghosts ReAction figures arrived today.

There is no edition size listed for the 3-pack of ghosts. There is also no SDCC sticker on the packaging. The Haunted Mansion mirror window packaging is a work of art. There is also Madame Leota at the top of the box which may hint at possibly a Madame Leota figure release down the line.

The back of the box features a sketch of the three hitchhiking ghosts by legendary Disney Animator, Marc Davis.

As gorgeously spooky as the packaging is, I like to play with my toys so I will be displaying the figures out of the box. We will take a look at each ghost individually, and then we will see how perfect they display together.

Phineas comes with his carpetbag as an accessory. 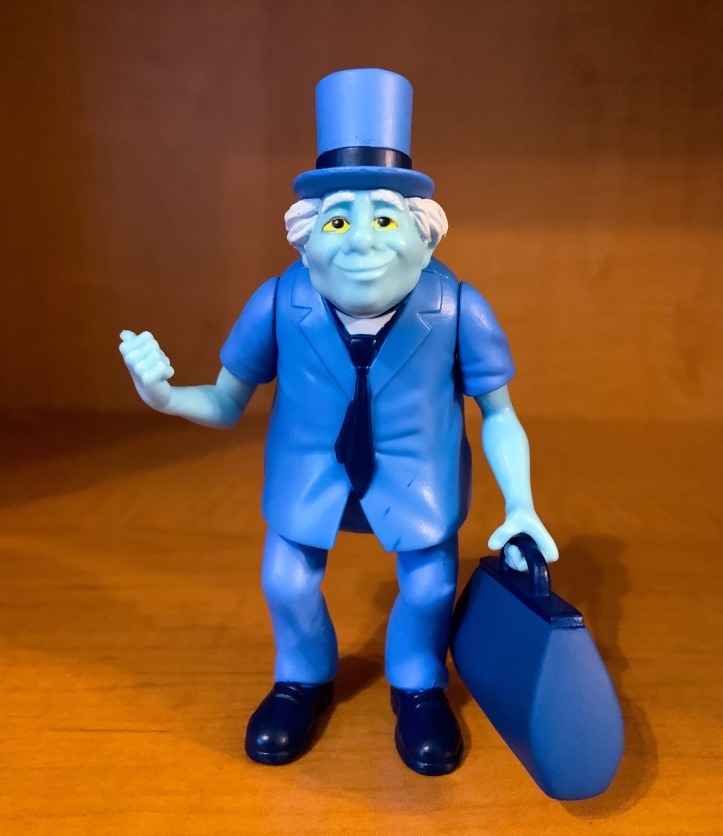 Ezra comes with his bowler hat as an accessory. In the Haunted Mansion attraction, Ezra is posed with his hat different ways in two scenes. He is holding his hat in his hand when he hitchhikes with his fellow hitchhiking ghost friends. In the mirror scene when he follows you home, the hat rests on his head. This figure is able to recreate both scenes. 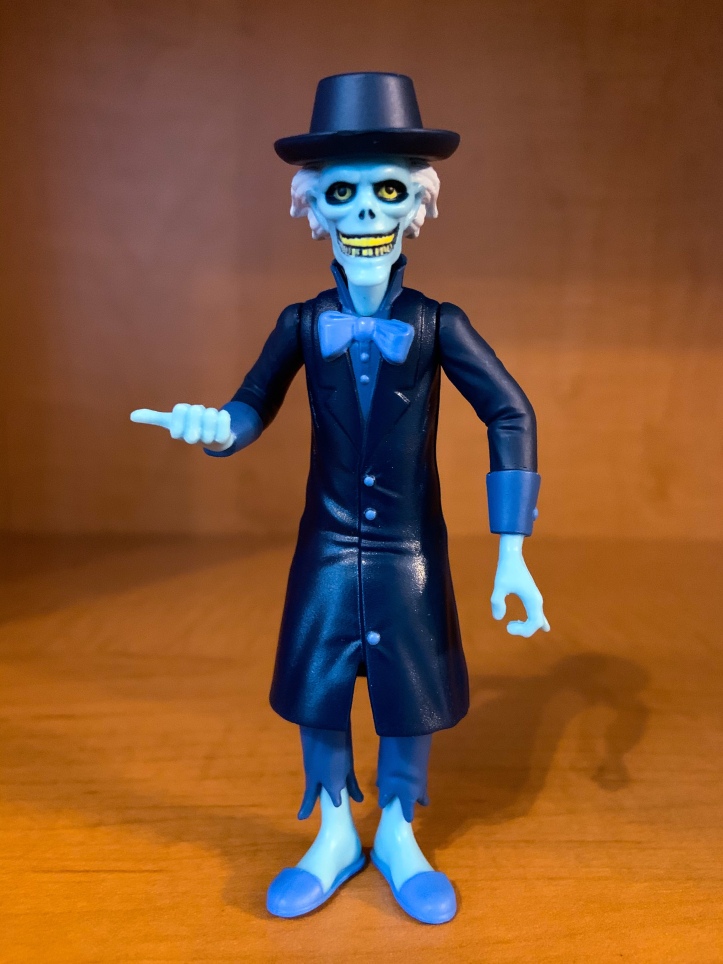 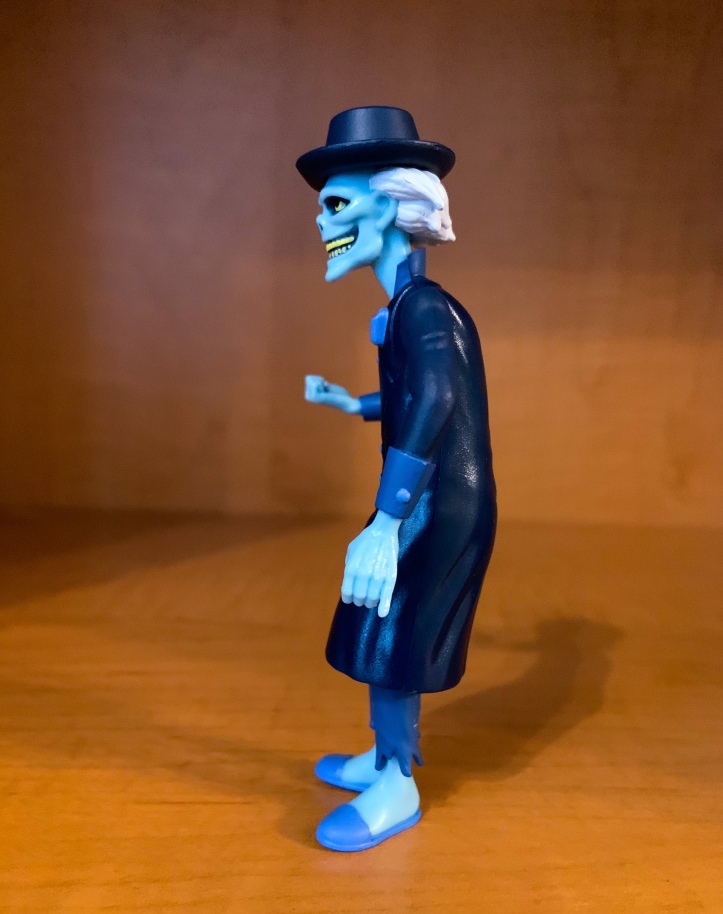 For my display, I want Ezra to hold the hat in his hand. I would have preferred to have more articulation in his elbows so that his arm would not have to be straight up in the air, but the pose still is effective and works for me.

Gus comes with his prisoner ball and chain as an accessory. 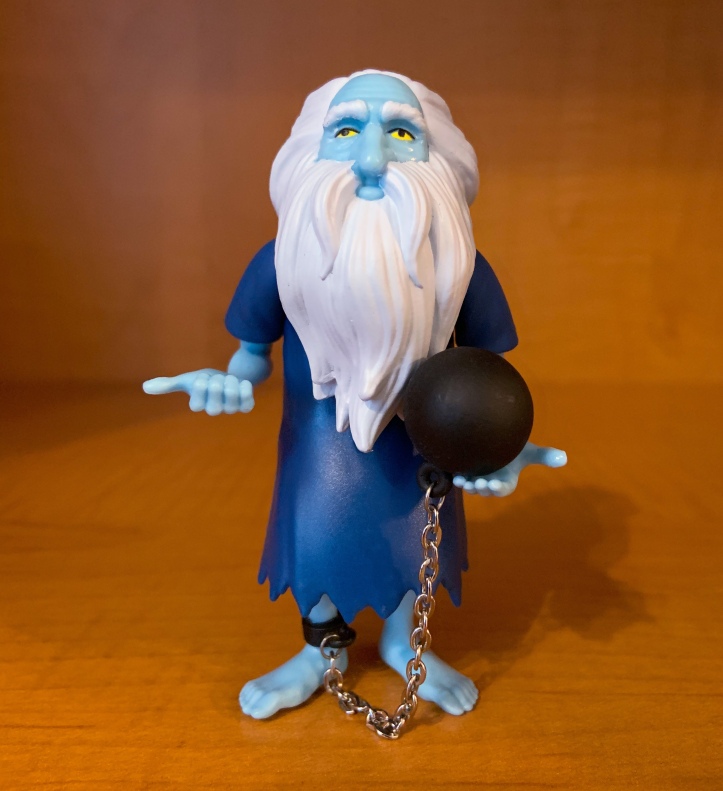 Paired up with the Funko Butler and Haunted Mansion POP! Town figures 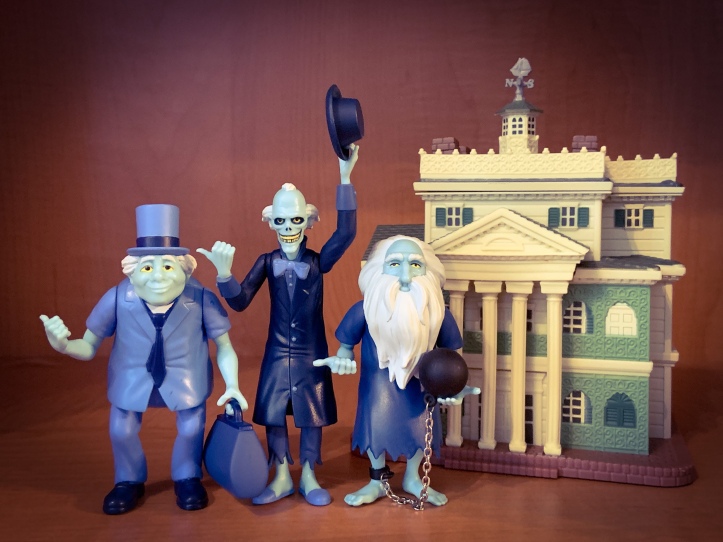 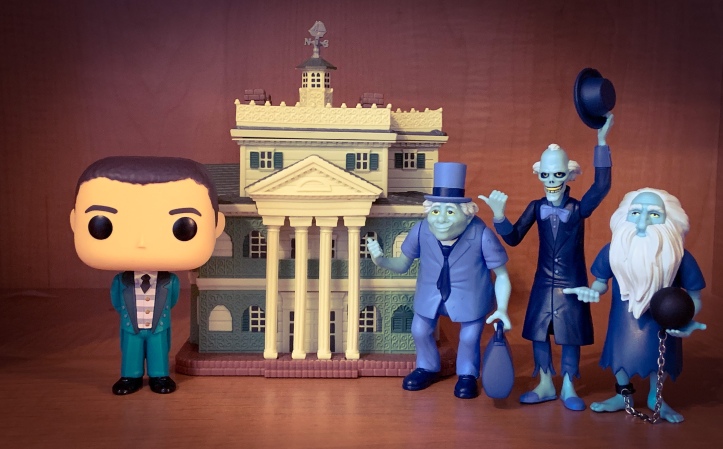 The Hitchhiking Ghosts 3-pack sold out on Super7’s website, but it appears to still be available on Sideshow Collectible’s website.

The Hitchhiking Ghosts will also be available in individual packaging at some point. Those individual figures can be preordered at the links below from Entertainment Earth.

Super7 is coming out strong with their Disney additions to their ReAction and Ultimates figure product lines. There are 999 Happy Haunts in Disney’s Haunted Mansion, and I would buy each and everyone in figure form if Super7 decided to make them. I would love to see some Pirates of the Caribbean, Country Bear Jamboree, or anything else from Disney Parks added to the Disney ReAction figure line. I HIGHLY RECOMMEND this product for all Disney Parks and Disney’s Haunted Mansion fans.

Let us know what you think about the Super7 Haunted Mansion Hitchhiking Ghosts ReAction figure set in the comments below or tweet us @DuckTalks. Also, don’t forget to follow @super7store for all of their latest toys and collectibles news.