Following this week’s DuckTales episode “Who is GizmoDuck?!“, I wanted to showcase the Gizmoduck items from my Disney Afternoon collection. Mark Beaks is not the only person that loves Gizmoduck.

Gizmoduck has not gotten a lot of merchandise love over the years, but the merchandise that he is featured on is pretty excellent.

There is one item that I know people will notice I am missing, and that is the Gizmoduck PVC figure from Kellogg’s Cereal boxes in 1991. I will definitely pickup the Kellogg’s cereal Disney Afternoon figures once I have finished off some of my other priorities in my collections.

In 2013, Disney Parks released a limited edition of 1000 Fenton/Gizmoduck Disney Vinylmation set. I love that underrated Fenton got some DuckMerch and was included in this set. 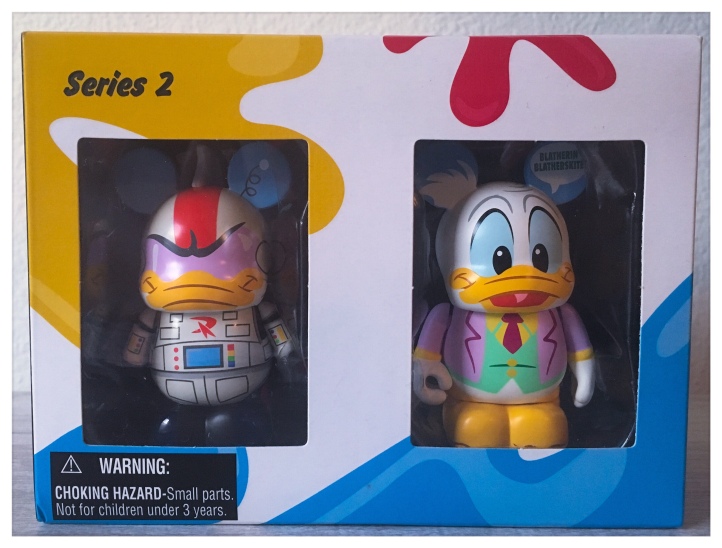 In 2017, Gizmoduck and Fenton were included in a DuckTales figural keyring set from Monogram International Inc.

Blathering Blatherskite! That is it for my Gizmoduck collection. Thanks for checking it out. What do you think?

I really hope some DuckTales (2017) Gizmoduck and Fenton figures get released soon.