Let’s face it, all of these figures in this series are must haves, but today I will be reviewing the Gizmoduck figure from this lineup. Blathering Blatherskite! 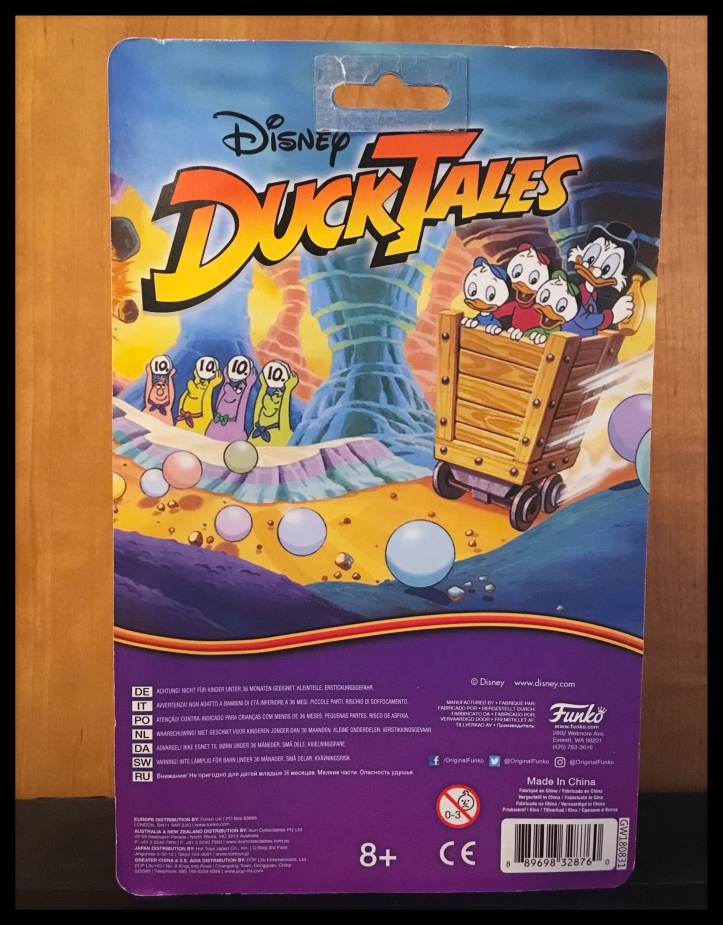 The first thing you will notice about the Gizmoduck action figure, as well as all of the Disney Afternoon figures in this collection, is that it has amazing box art.  This often creates a dilemma for toy collectors as to whether or not to keep the collectible in the package or open it for display.  I am an out of box guy, but I could definitely not disagree with collectors who will want to keep the figure in the packaging.  Some collectors even purchase two figures to display one in box and one out of box.  Let us know if you are a display in the box or out of box collector.  The box art features Scrooge McDuck, Huey, Dewey, and Louie in a mine cart from the classic DuckTales episode “Earth Quack”.  “Earth Quack” is the twenty-ninth episode from DuckTales season 1. The episode originally aired October 22, 1987, and it is based on the Carl Barks comic story Land Beneath the Ground!  This episode feature the Terra-firmians which made their DuckTales (2017) appearance in the episode Terror of the Terra-firmians. 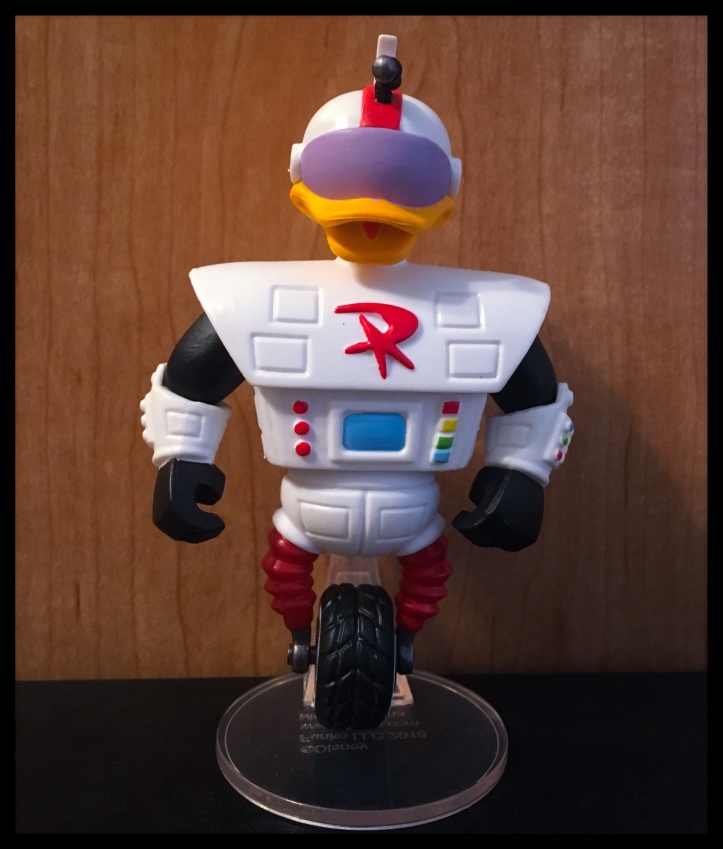 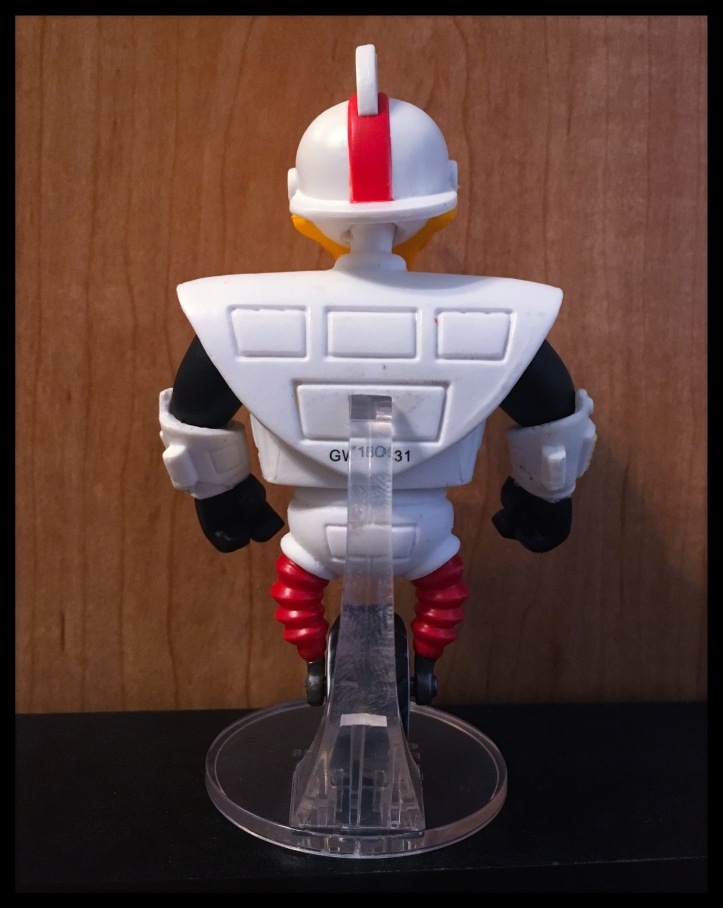 This quality figure really is a work of art.  It has six points of articulation including head, waist, arms, and elbows for high pose ability and movement. Gizmoduck’s wheel also moves. Paint jobs on my toys/collectibles are a big deal to me, and I had no complaints with this figure.  This is Gizmoduck as he appeared in both DuckTales and Darkwing Duck.  PhatMojo will he releasing an action figure of DuckTales 2017 Gizmoduck later this year.

Gizmoduck comes with a clear stand that can connect to his back for easy stand-ability.

This is the second Gizmoduck figure that was released by Funko last year.  The other two release was a Target exclusive Funko POP! figure. Here is a side by side comparison of those two figures.

Here is a picture of the two DuckTales Action Figures released by Funko so far.

As previously mentioned Huey, Dewey, and Louie are coming to the collection in March. 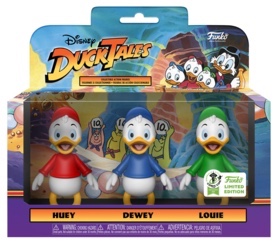 I had a custom DuckTales sign made to display with my figures. 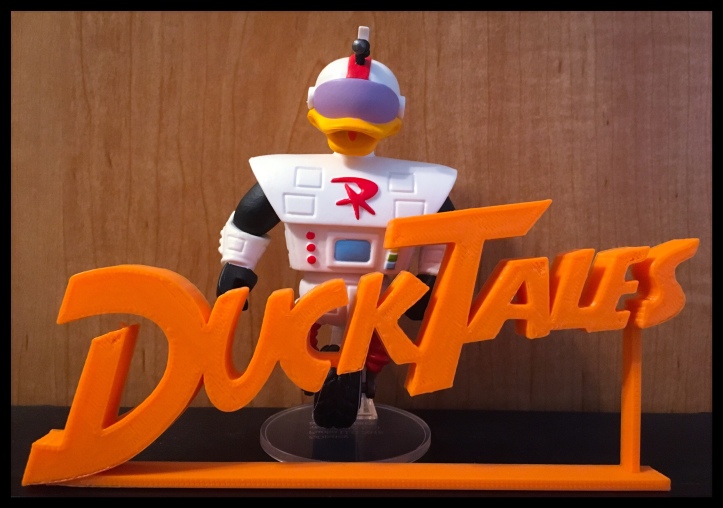 This Gizmoduck figure goes well with the Darkwing Duck figure because it matches his design from that show as well. 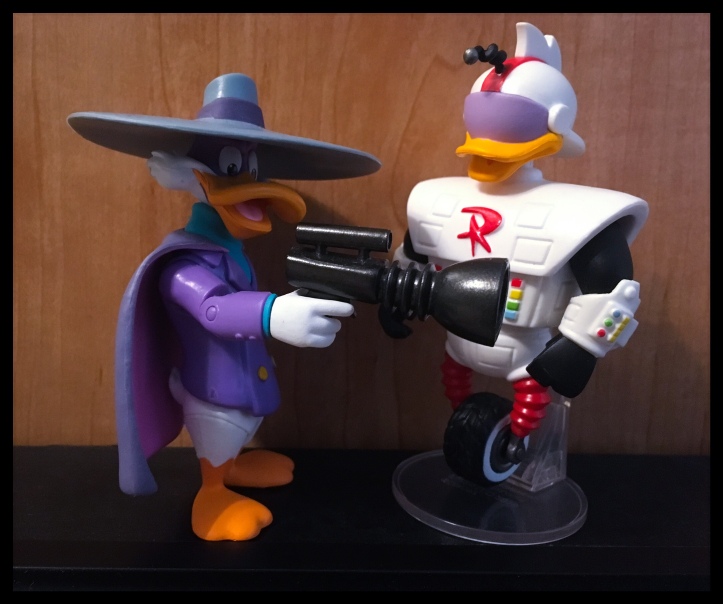 I highly recommend that you buy this figure as it is a great addition to any DuckTales or Disney Afternoon fan’s collection.  This is the figure that I dreamed to own in the late 80s/early 90s.  I really hope that these figures sell well so that more characters can get added in the future. Which character would you like to see Funko add to this series of Disney Afternoon action figures from DuckTales?

The Gizmoduck Funko action figure can be purchased in several online retailers and in stores.  Some of the stores that I have personally seen this Gizmoduck figure at GameStop and ThinkGeek.

You can order this figure from Amazon at the link below:

You may also be interested in checking out another blog I did showcasing my Gizmoduck collection: