Some of The Target Exclusive DuckTales Toys Removed From Target.com!

***UPDATE*** Further proof that Target may be working to solve the online ordering issues, it appears the UPC bar codes are getting a sticker. Maybe this will fix the web site problems. 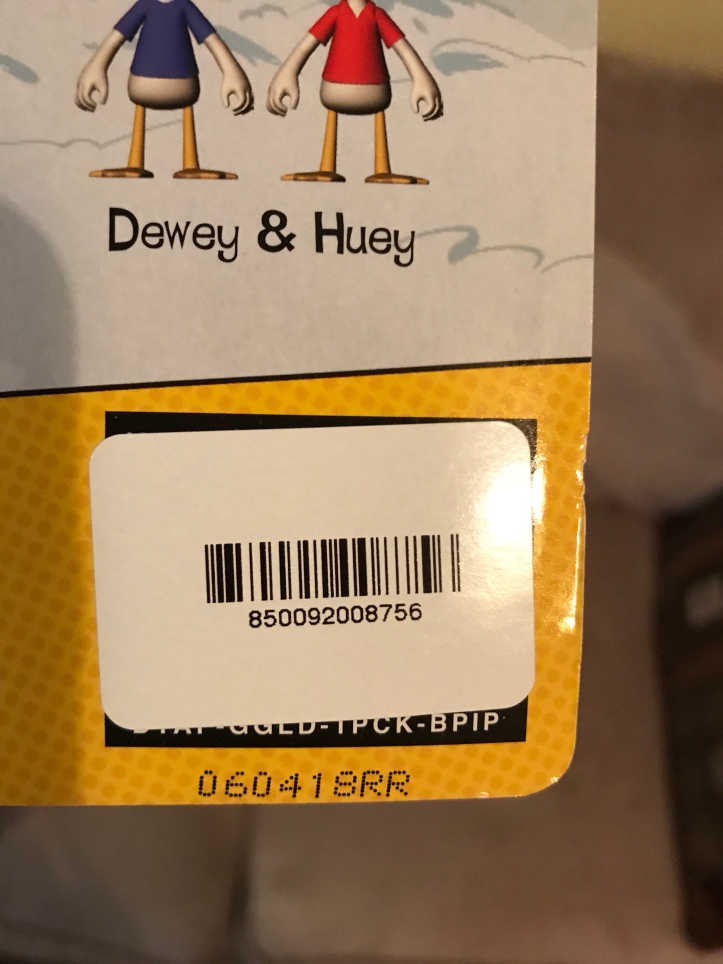 Before you get too worried, they will be back.

We were preparing to go on a duck hunt when I checked Target.com to see where we would have the greatest opportunity to find some of the toys. I was surprised to find that the the website listed the figures as unavailable. 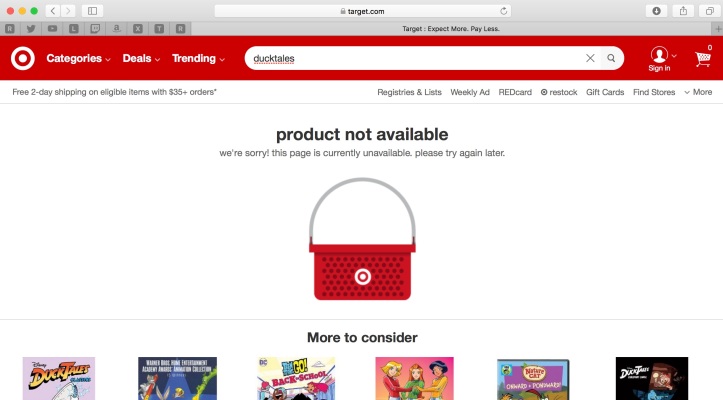 I then went to Pirate’s favorite online tool, BrickSeek.com, and found that all of my stores showed the toys in stock. When I did a little further searching on Target.com I found that the figures were still listed on the website without a price. 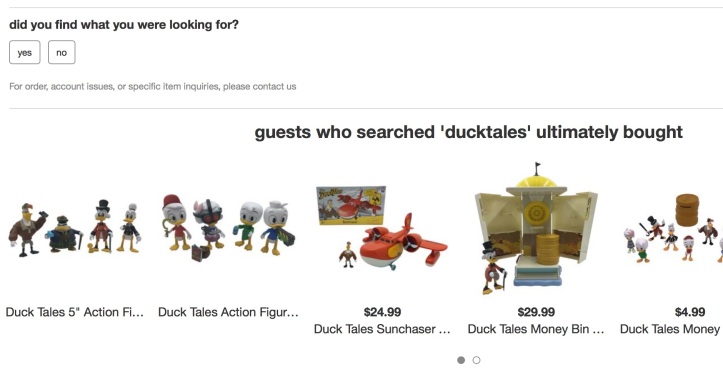 We know the product has shown up in stores. The CEO of PhatMojo reported on twitter that most of the product was in the stores, but it wasn’t on the shelves yet.

Because our stores did not have DuckTales toys we looked at ordering them on the website only to find that you could not pick which toys you would get. Friend of the show @EricRovtar gambled on ordering the product line and was able to get all of the adults and his only duplicate was that he received two Webby/Huey 2 packs (he was able to take the extra to his local store and trade for the Dewey/Louie pack.

Did I end up with a full flock of @ducktales figures? Find out in my Instagram story, where I unboxed the final two packages (ya, those I crossed out to avoid spoilers) live! https://t.co/wylOjB1LGQ pic.twitter.com/8YS9HMX1hg

What I am assuming is happening with Target.com is that they are fixing the problem with the random figures when you order online. I’m sure they will get things fixed, and we will see DuckTales Action Figures for sale from Target’s website soon.