Diamond Select Toys has repackaged some of their previous Muppets action figure releases into their new Best of Muppets product line. This is perfect timing for Muppets merch since the Muppet Show seasons 1-5 made it’s highly anticipated Disney+ debut last week.

Our great friends at Diamond Select Toys sent over their Best of Muppets series 1 figures for us to check out and review on our blog. Today we will take a closer look at the Kermit and Miss Piggy figure 2-pack. These two figures were previously released individually by Diamond Select Toys in two different series. It makes a lot of sense to combine these two star muppets into one pack for the Best of Muppets series.

The front of the box has a window that displays all of the figures and accessories that are included with this figure pack.

The back of the box shows pictures of the other two figure packs that are in series 1.

It’s not easy being green, but Kermit makes it look easy. He is definitely my favorite frog. Kermit has an amazing thirteen points of articulation which will allow for many fun poses in your display. Posing him made me feel like I was puppeteering. We will look at some display poses pics later in the review. Yaaaaaayyyy!! 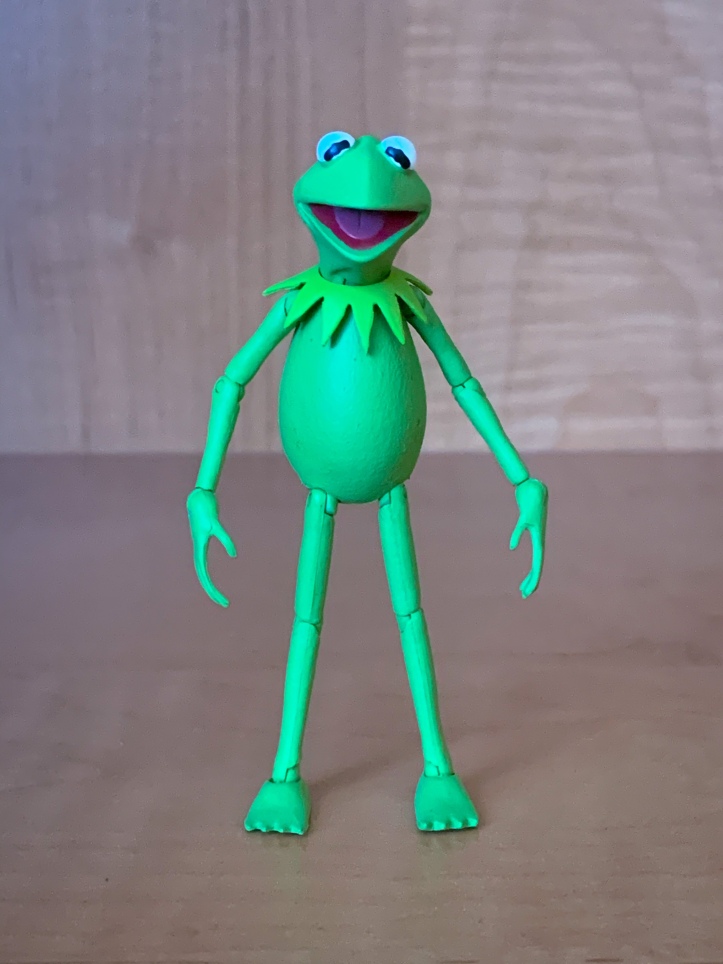 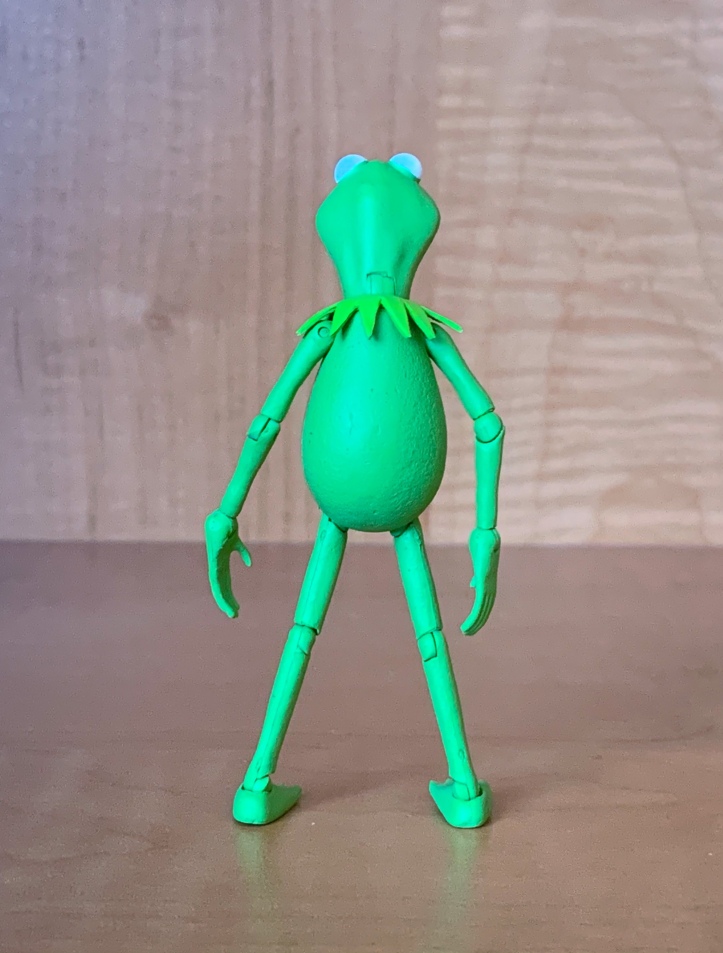 The great diva herself, the fabulous Miss Piggy, has 15 points of articulation. She is wearing high heels, but she rocks them well. She can stand easily due to the articulation in her legs. I posed her for the pic below with her hand on her hip for extra sass and attitude. 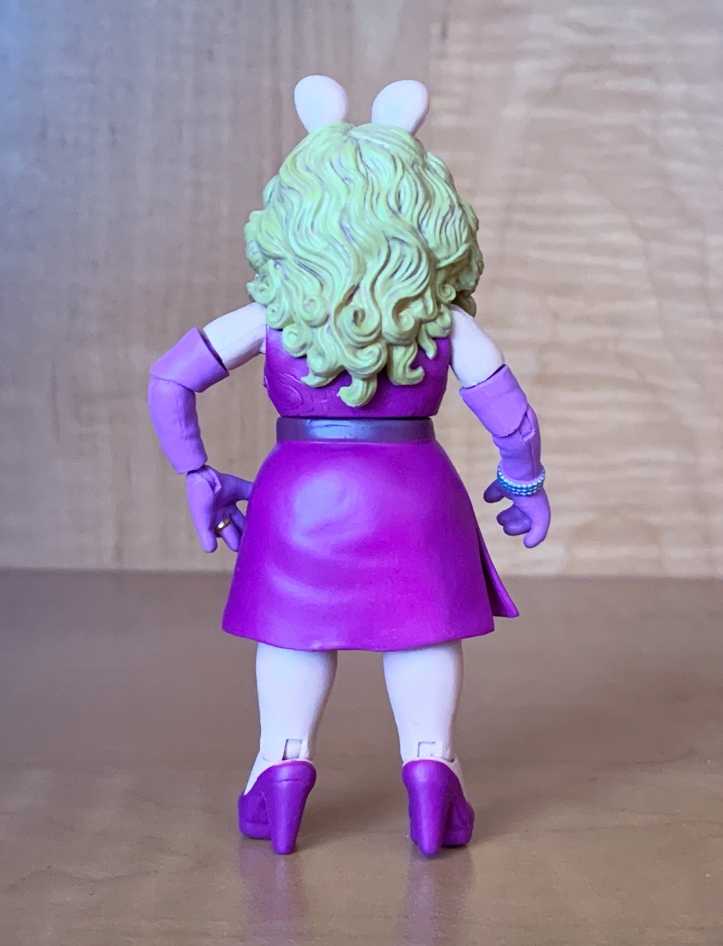 Note: there are a few accessories that came with the original release that are not included in the best of series. Those accessories include Bean Bunny and a penguin. I hope those characters are included in future releases. A Muppetvision 3D set with an orchestra penguin, Bean Bunny, Waldo, and Sweetums would be a dream release. Other accessories not included: Miss Piggy Hollywood star, Foo-Foo leash, Miss Piggy Moi magazine, and an additional guitar.

Robin has five points of articulation. Foo- Foo has a posable head.

Here are a couple of great display poses.

Kermit sitting on a log with his banjo singing Rainbow Connection from the Muppet Movie. 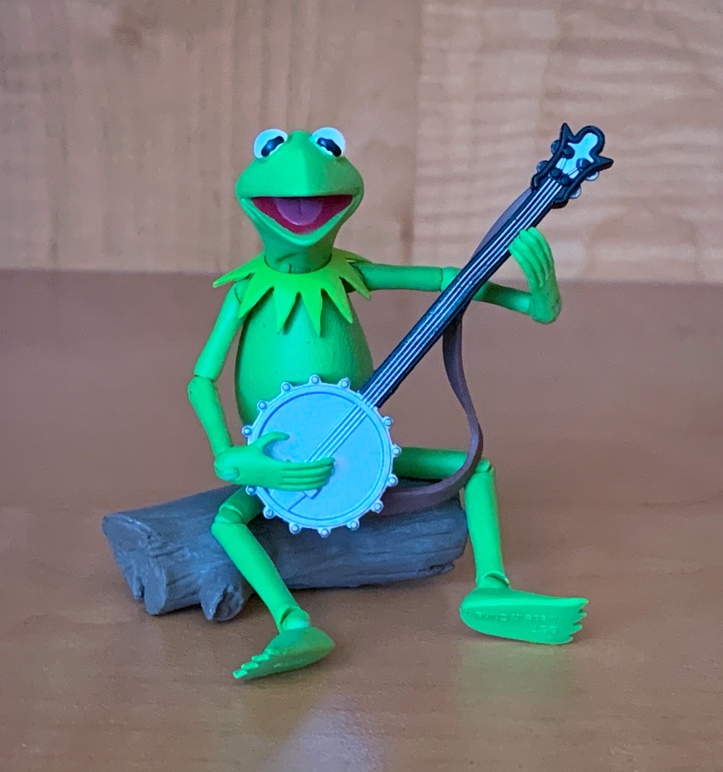 This toy review gets a Stan Lee cameo as the director’s chair accessory is perfectly scaled in size for the Marvel Legends Stan Lee action figure in his convention appearance glory. Excelsior!

The fabulous Miss Piggy and Foo-Foo 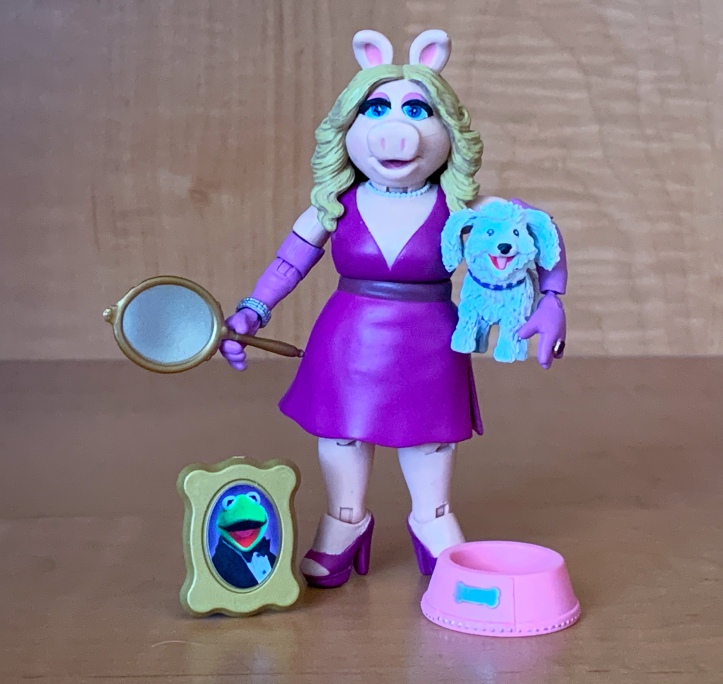 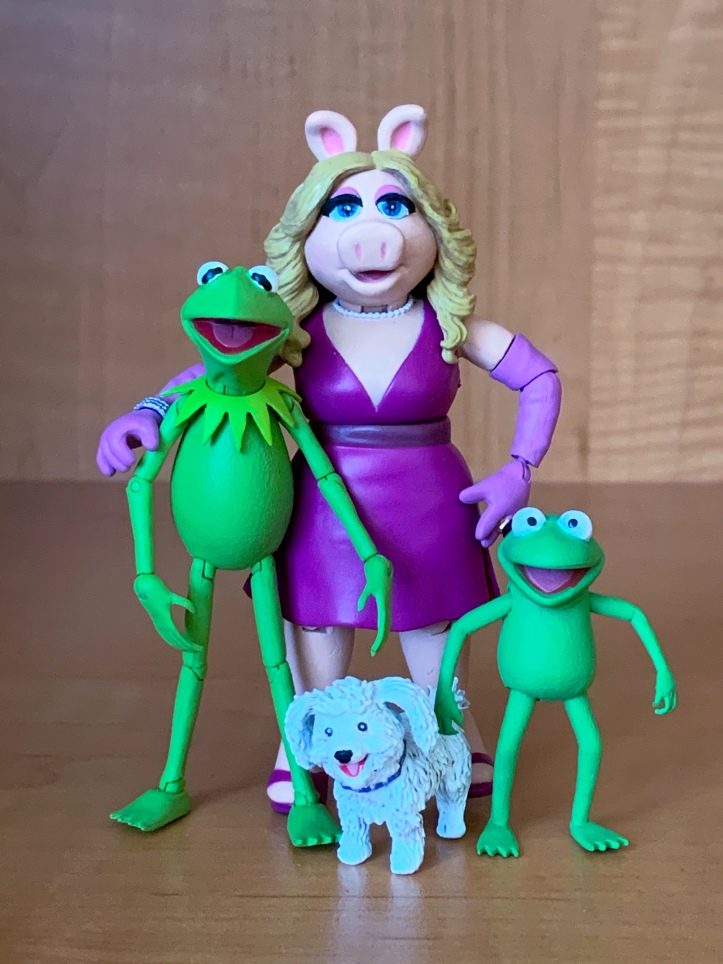 I still haven’t decided if I am a manly Muppet or a Muppet of a Man, but I do really love the Muppets franchise. Diamond Select Toys did an outstanding job of doing justice for these iconic characters in action figure form. The Kermit and Miss Piggy 2-pack is a great start for the best of Muppets series, but collectors and fans are definitely going to want to add the entire series of Muppets to their display. I hope these figures sell well so that Diamond Select Toys can release some new Muppets down the line.

Let us know what you think about the Kermit and Miss Piggy figures in the comments below or tweet us @DuckTalks. Also, don’t forget to follow @CollectDST for all of their latest toys and collectibles news.