The Disney Studio Store on Hollywood Blvd. released three new pins today, and one of them is pretty super.

As you can see from the picture above, Gizmoduck is a limited edition of only 400 and comes with a ice cream sundae for only $16.00. This is the DuckTales 2017 version of DuckTales as well. It is unfortunate that this pin will be just a fantasy for most collectors who do not live close to Disney Studio Store Hollywood. 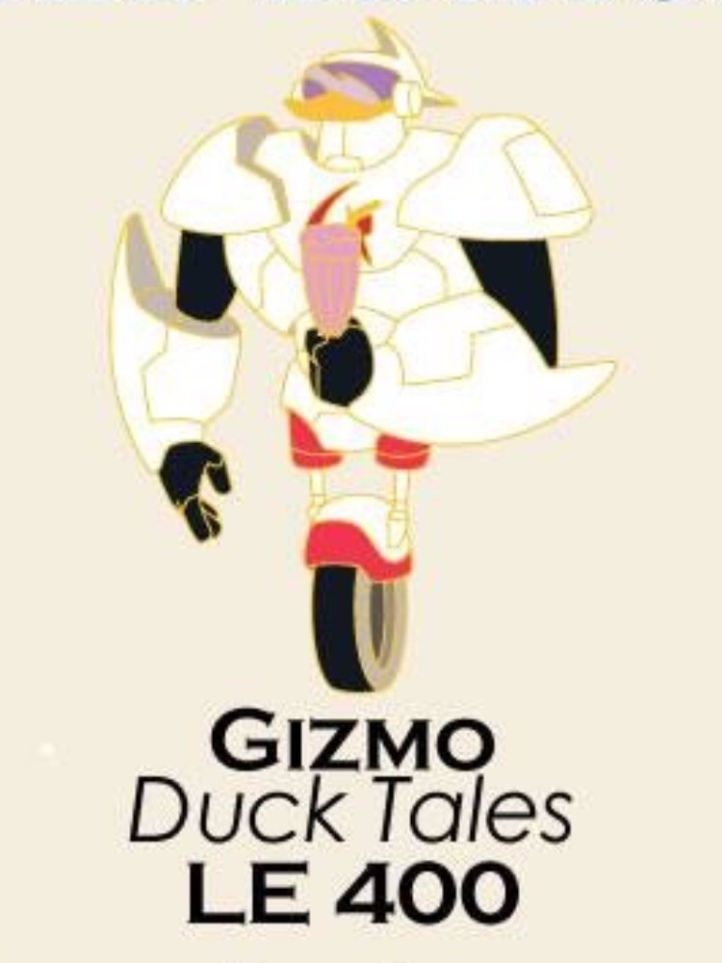 The Disney Studio Store Hollywood has released other pins this year of interest including Darkwing Duck, Scrooge McDuck (DuckTales 1987), and Launchpad McQuack (DuckTales 2017).

Good luck to all who are interested in adding this pin to their collection!