The Darkwing Duck Funko POP series debuted in June 2017 with Darkwing Duck, Gosalyn Mallard, and Launchpad McQuack. The next month, Negaduck was added as a PX Exclusive. PX Exclusives are mostly sold through comic shops. That same month, SDCC had a shared exclusive glow in the dark Negatron Funko POP figure.

Here we see a side by side shot of the boxes. The chase figure has a Limited Edition Glow Chase sticker. 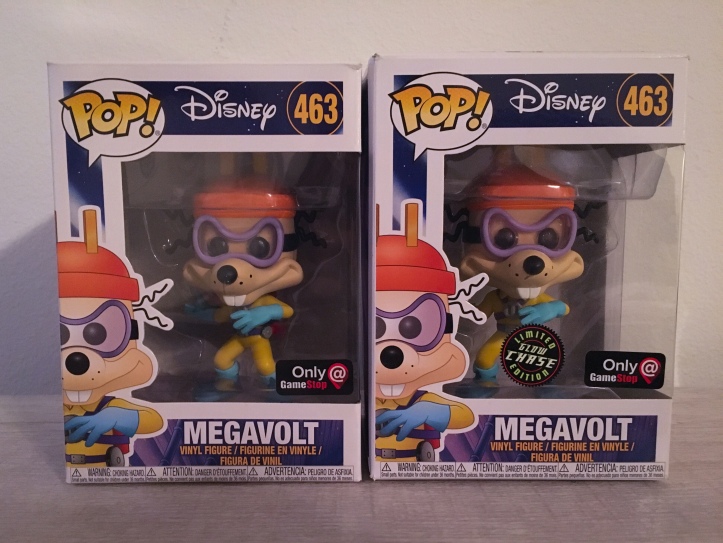 Out of the box, the two figures are identical in appearance. 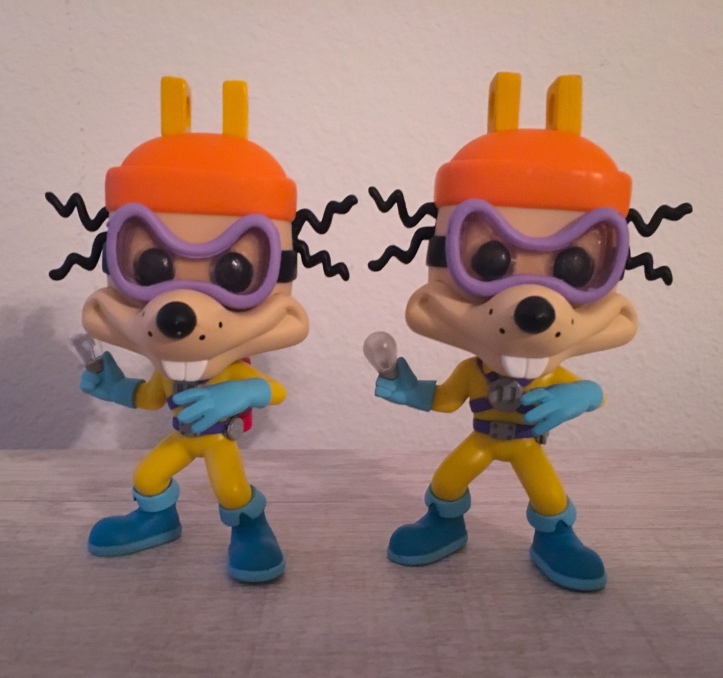 Megavolt is a great looking Funko POP figure. I love the details of his goggles, hair, and a light bulb in his right hand. The back of the figure shows his battery pack. This is a detail that you can only appreciate if you remove the figure from its box. 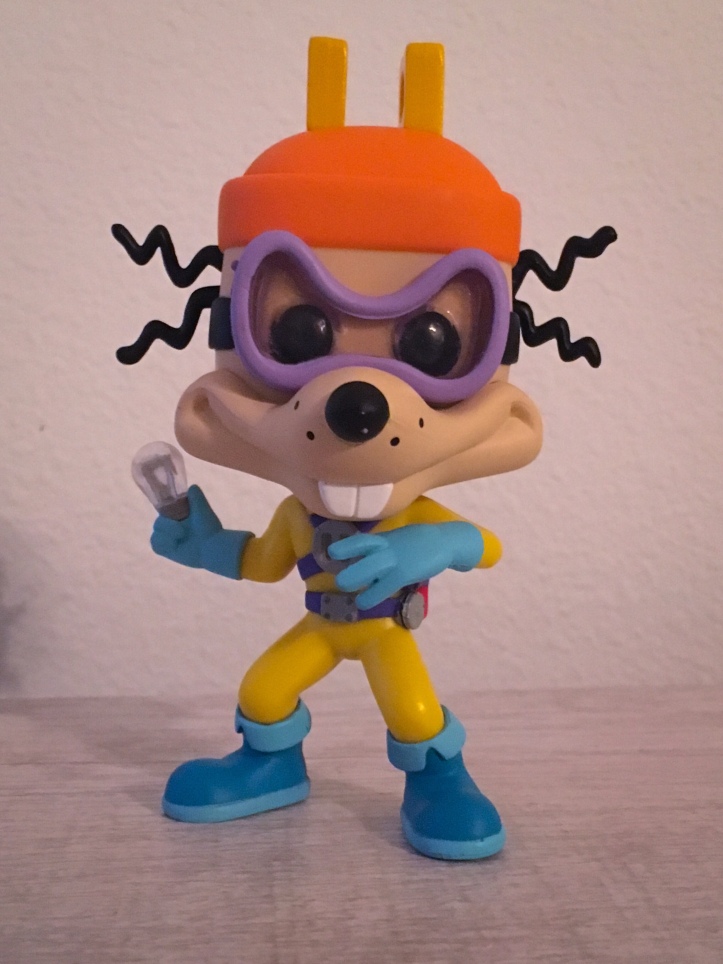 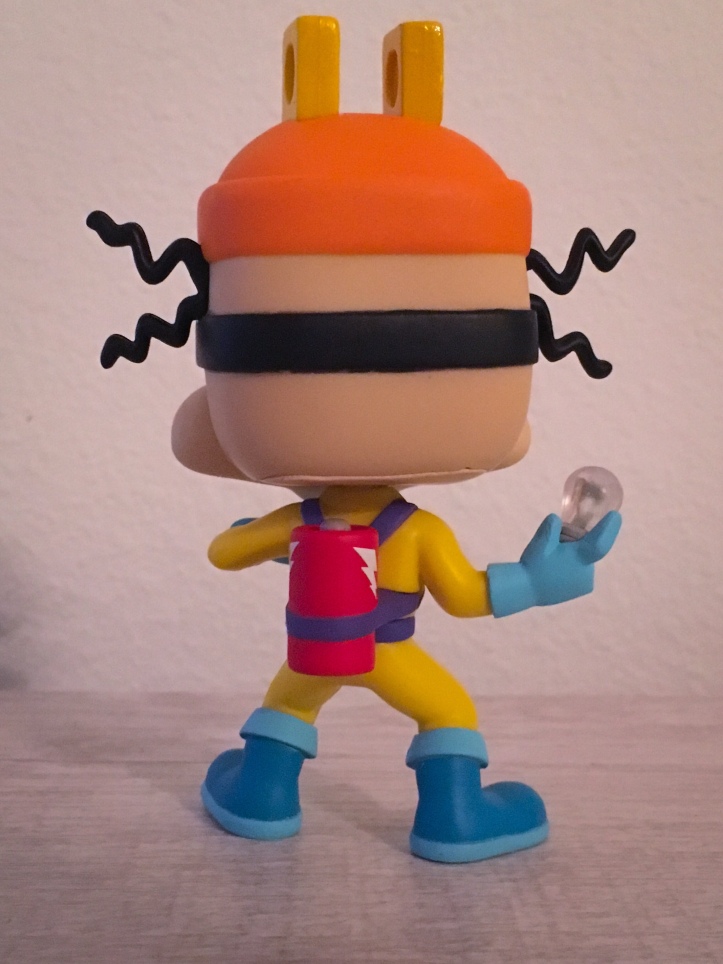 Here we see a side by side shot of the two glow in the dark Funko POP figures from the Darkwing Duck series. 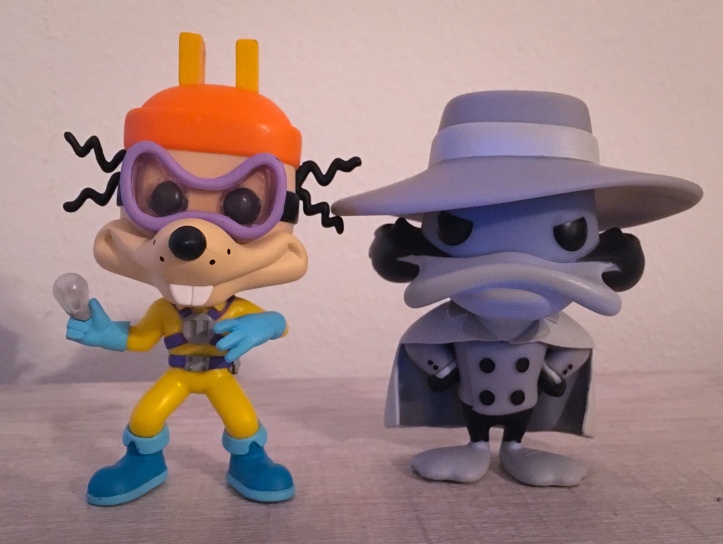 The Negatron glow is one of the best that I have seen on a Funko POP figure so my expectations were pretty high for Megavolt. 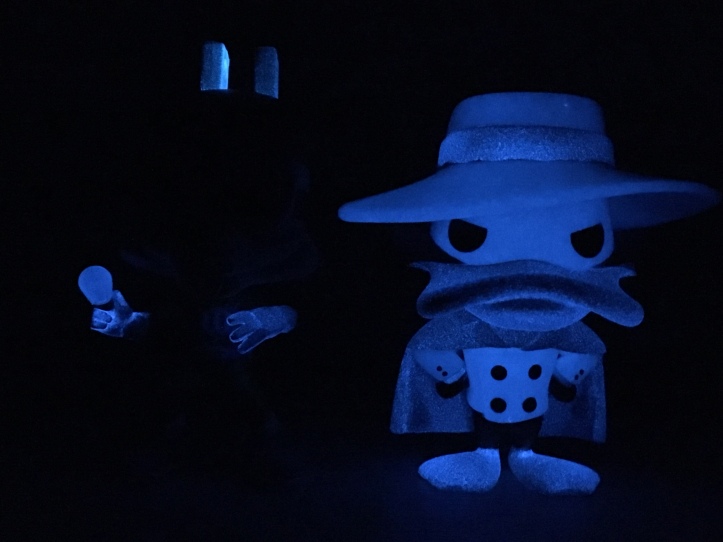 I was hoping for his suit to light up yellow, but only his plug, gloves, and light bulb glow. 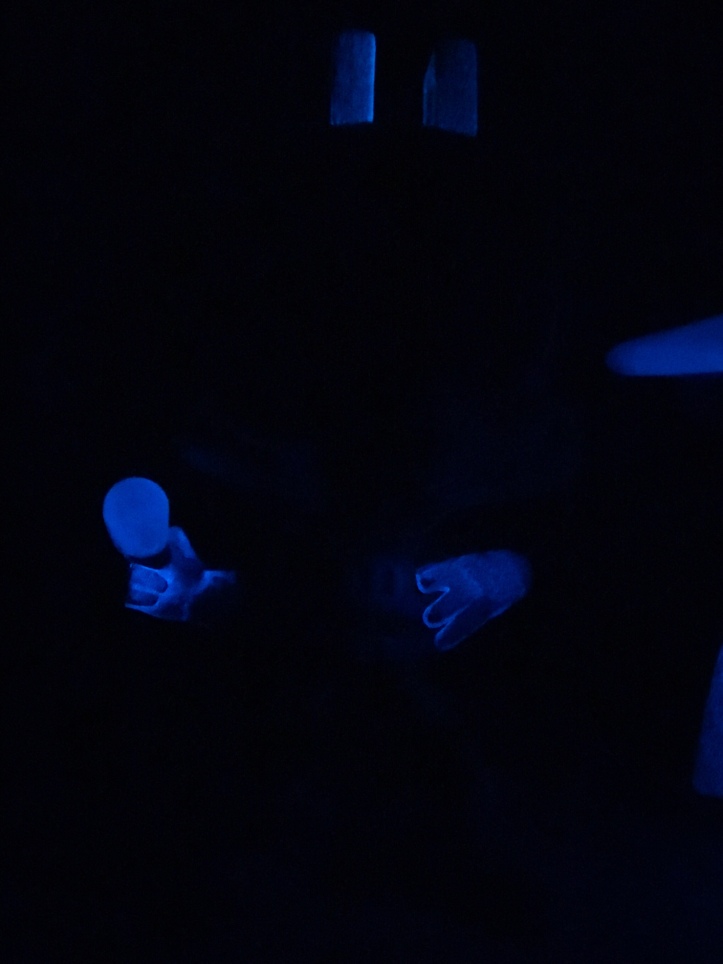 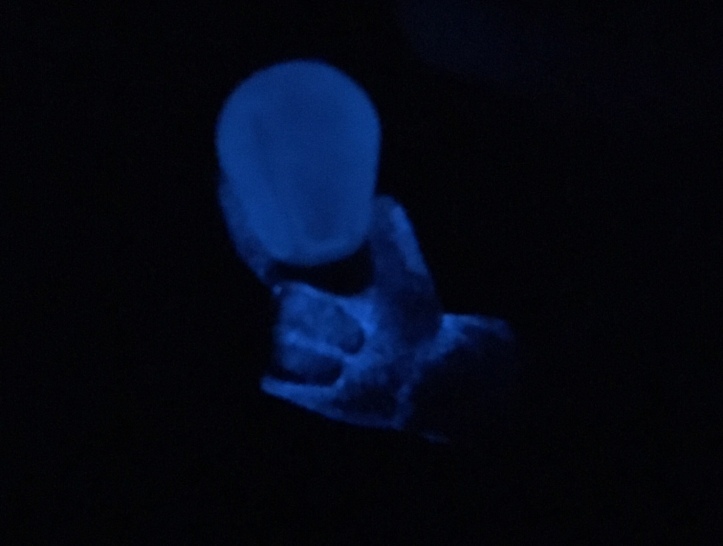 I was reminded that in the Darkwing Duck show, his plug and gloves is what actually lit up. So the Funko POP figures glow is show accurate, 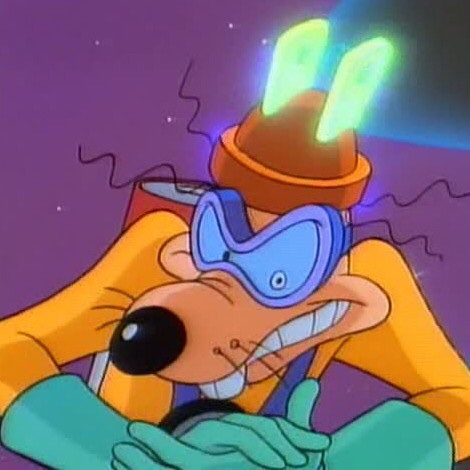 Megavolt looks great next to Darkwing as one of his arch nemesis. He is such a fun villain from one of my favorite animated shows from my childhood. 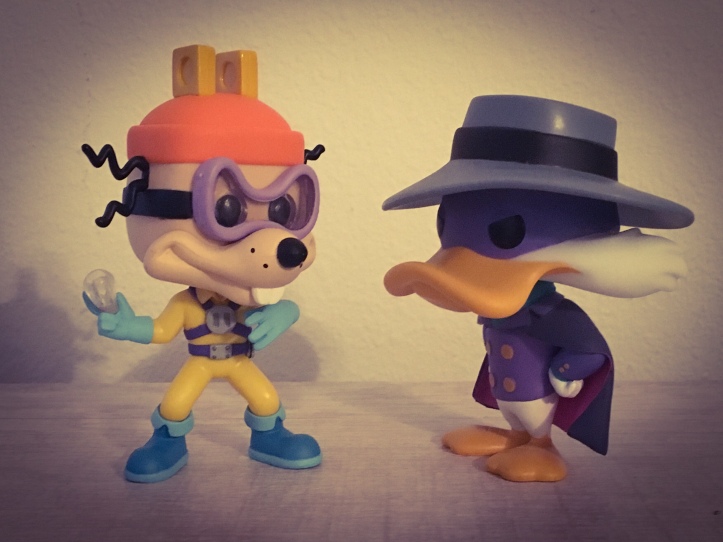 I really hope that we get the rest of the Fearsome Five to join Megavolt and Negaduck in Funko POP figure form. We definitely need Bushroot, Quackerjack, and the Liquidator. 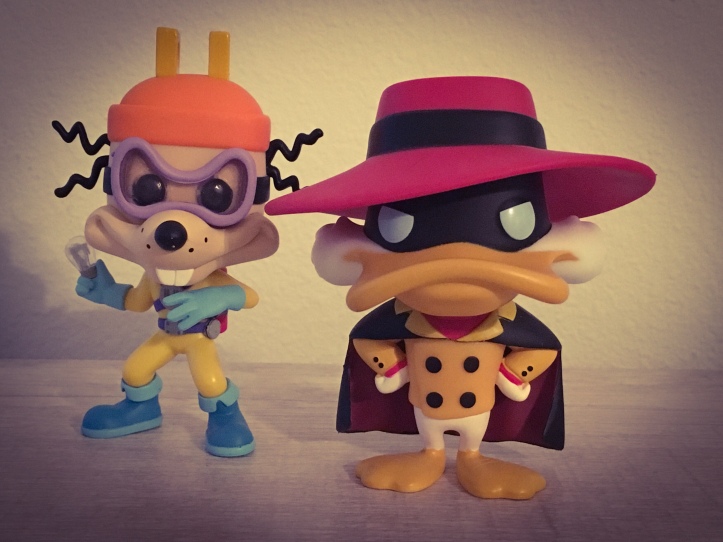 Overall, I really love and recommend both the standard Megavolt and chase Megavolt figures for both Darkwing Duck fans and Disney Afternoon fans. Now let’s all tell Funko that we need the rest of the Fearsome Five and the Justice Ducks!