Check This Out From IDW’s December Solicitations!

Every month IDW shares covers and issue descriptions that are coming out in three months. December’s issues include DuckTales #16, Uncle Scrooge: My First Million #4, and Disney Afternoon Giant #2.

DuckTales #16 has a couple of very exciting covers and a story description that sounds like a lot of fun. Cover A brought a lot of excitement to the internet over a shrunken Webby. Cover B provides far more excitement with not only a shrunken Webby but some real action taking place in the Money Bin. Oh, and this comic includes a two-part story instead of two stories.

DuckTales #16—Cover A & Cover B: Marco Ghiglione and Cristina Stella 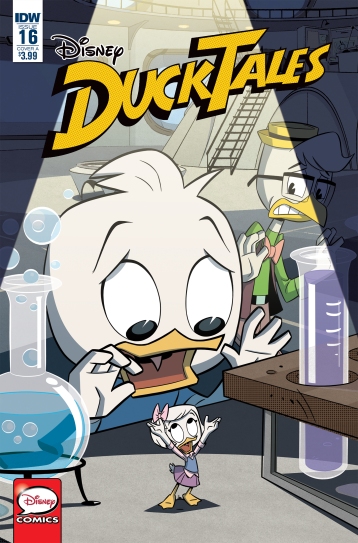 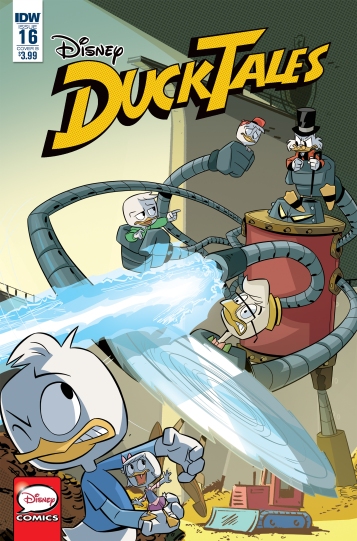 Last month we realized there would be a new Scrooge McDuck 4 part mini-series “My First Millions.” This story will entertain readers as it tells the stories of how Scrooge McDuck earned his first, second, third, and fourth millions. This series begins this month and ends with this issue in December.

It’s the last issue of our four-part miniseries detailing how Uncle Scrooge made his first millions! As co-founder of McDuck and Wreck Construction, Scrooge McDuck finds his business on less than stable ground. But will shoddy craftsmanship and a shady business partner lead to an unexpected windfall for our favorite miser? Find out in the action-packed conclusion! 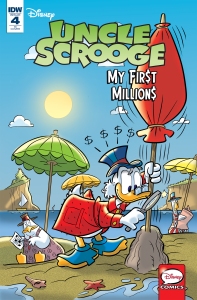 We have already reported on Disney Afternoon Giant a few times. This comic may simply be a collection of reprints or it may lead to more new Disney Afternoon content. There isn’t much about this comic that we can say that we haven’t already said in our previous blogs. We can’t wait to read this comic, and if you want more Disney Afternoon stories we hope you will pick it up too.