DuckTales Returning In The Fall?!

So… this whole October thing is panning out. Shout-out to @PinkPearlApple for sending me this video from YouTuber Darius Bell. Darius has supplied many of the videos of DuckTales promos before they make it online. 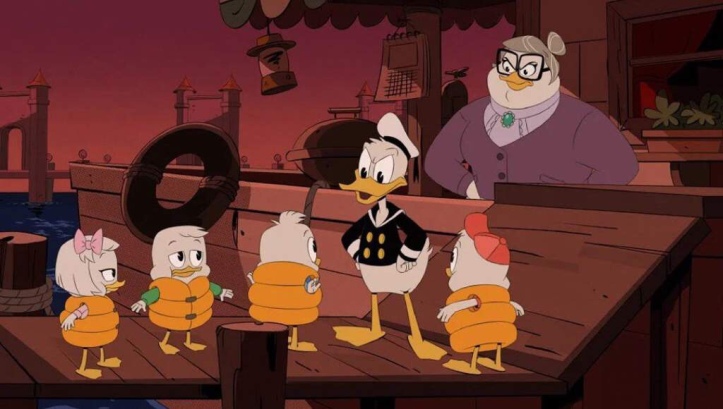 Darius has shared a video they captured on their phone of a promo for DuckTales. The video says;

Are you loving DuckTales!? Then you’ll go Woo-oo! for new adventures, new mysteries, new DuckTales. What you’ve seen is just the beginning…. Get caught up on demand and the DisneyNow app. DuckTales is new this fall on the Disney Channel!

Check out Darius’s video below and be sure to give it a like while you are there.

We know from Frank Angones and the article in the LA Times that DuckTales is returning before the end of 2018.

Oh, hey, and one more thing, confirmed in this ⁦@latimes⁩ article:

SEE YOU BEFORE THE END OF THIS YEAR, EVERYBODY. #DuckTales #Season2 #NoMoreBigHiatuses https://t.co/6wNNKoVl1g

And we have speculated that we will get some kind of Halloween episode (based on The Disney Channels love for Halloween programming and the Beakley/DW image from SDCC. There have of course been other reasons that we believed Season Two will begin in October (like the book descriptions that said so…).

As hyped as we are over the season finale, we are about to explode thinking it could be mere weeks before we get new episodes! Stay tuned to this site for more info as we get it.

A Book Says Season 2 In October!?