Have You Seen The Solicitations For DuckTales #11?!

May is upon us, and it won’t be long until we get a new issue of IDW’s DuckTales comic. Issue #9 should be out sometime in the next couple of weeks, but here is an early look at issue #11’s covers by Marco Ghiglione and a brief description of the issue. Missing Scrooge and Clan McDuck stories!? Looks like July will provide some more great DuckTales stories. 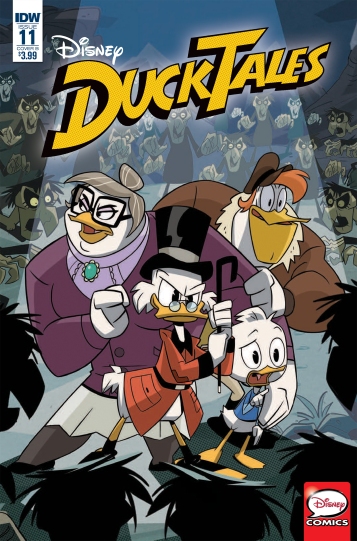 When Scrooge goes missing, his family is on the case! But what if he doesn’t want to be found? Plus, when his lineage is brought into question, Scrooge and the kids take a trip to Scotland!

DuckTales #11 isn’t out until July, but we have early access to solicitations by IDW. I haven’t decided how we are going to pass this news along to you. We’ve actually had access to this for a couple of weeks, but July is so far away… What would you like to see from DuckTalks? Share as soon as we have the Solicitation/Cover/and Preview? Or wait until the month before?

Let us know in the comments below or on Twitter @DuckTalks