Robotica was a robotic maid created by Gyro Gearloose to help Mrs. Beakley take care of McDuck Manor. Unfortunately, Robotica was too scary for the children and Gyro had to reprogram her. He decided to program Robotica to be emotional because he believed it would make her better at her job, but it led to trouble when she fell in love with Gizmoduck.

Will Robotica be in DuckTales 2017?

Robotica first appeared in season 2 when Gyro was trying to find a new problem to solve. He witnessed Mrs. Beakley struggling to keep up with the needs of McDuck Manor, and decided to offer a technological solution. His solution was to build a very female looking robot in a French maid outfit.

Robotica’s robotic appearance and interactions with the children scared them, and Gyro had to reprogram her. He decided to give her emotions and she became a hyper emotional servant.

When Gizmoduck shows up at the mansion answering Scrooge McDuck’s request, Robotica falls in love with him and begins chasing the hero around the mansion and around town. Robotica begins to show signs of being imbalanced when Gizmoduck tries to reject her affections. After a chance encounter between Robotica and Fenton Crackshell’s girlfriend Gandra Dee, the two decide to go on a double date with their men. This puts Gizmoduck in a tough spot because he is Fenton in disguise.

Of course Robotica gets her wires crossed before the end of the date and attacks people close to Gizmoduck before attempting to blow up Gandra Dee and Scrooge’s Money Bin. She changes her mind, saves Gandra Dee and after Gyro repairs her she goes to work for a nearby salon/automobile repair shop.

In this episode of the Disney XD reboot we are introduced to the new show’s version of Gyro Gearloose. After his invention, Lil Bulb, goes mad with power and tears through the money bin looking for a dime Gyro pulls out a notepad. He marks out Lil Bulb under a list titled “GOOD” and adds him to the list labeled “EVIL”.

The list contains a few of Gyro’s inventions that have presumably failed after they became evil. The last invention before Lil Bulb is Robotica. 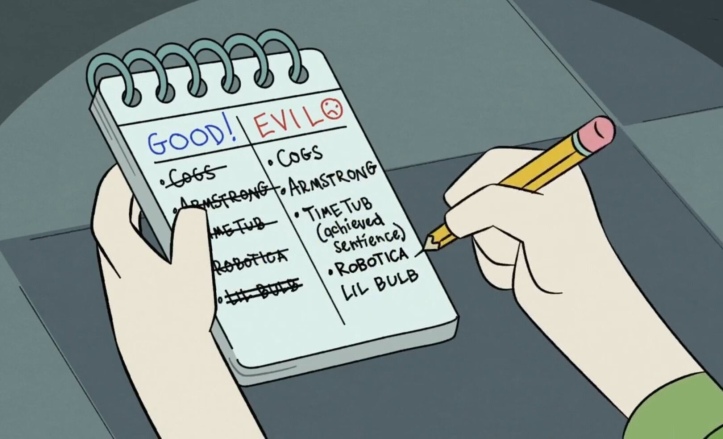 In January, Co-Producer of DuckTales 2017 conformed this Robotica is based on the one from DuckTales 1989’s episode Metal Attraction. 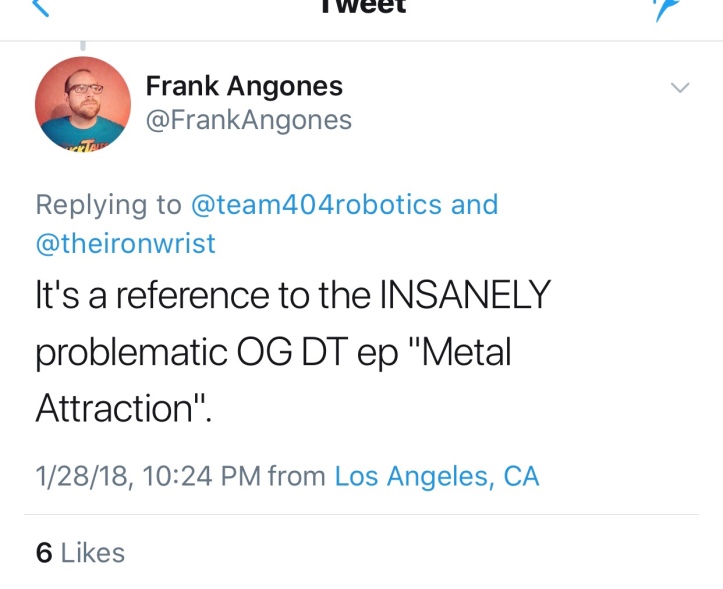