Gizmoduck Pop Has A Target.com Limited Release This Week!

If you are like us, you love DuckTales (let’s be honest, you’re looking at a DuckTales blog) and you love Funko’s Pop series of collectible figures. 2017 was a good year for DuckTales fans when it came to new merchandise, and the majority of that merchandise came from Funko.

2017 saw the release of Funko’s Classic DuckTales line that gave us Scrooge, the nephews, and Webby! We were also blessed with a Darkwing Duck series that included ol’ DW, Launchpad, Gosalyn and DW variants like Negaduck and Negatron. You can still find all of these at reasonable prices online and in stores (Walmart in particular for me). 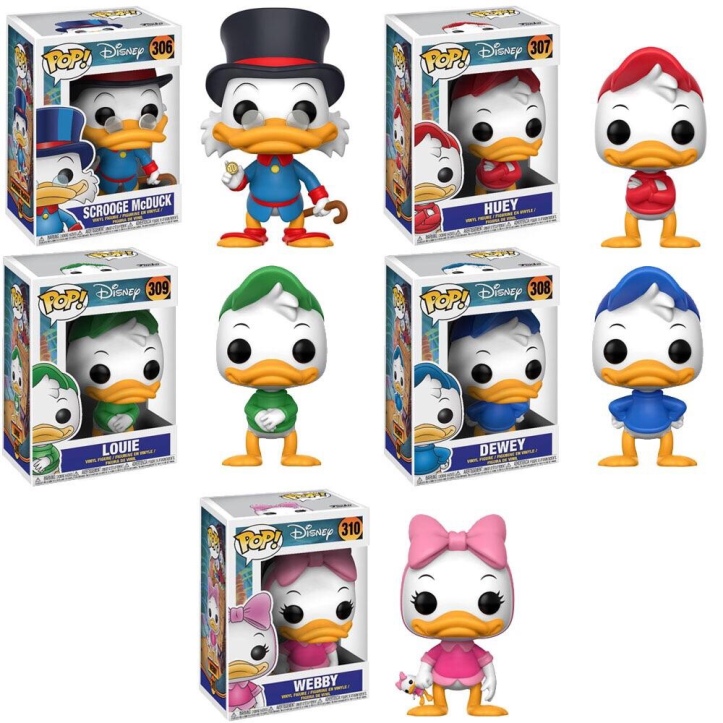 We have a great collection already available for Disney Afternoon fans, and it appears Funko May be prepared to continue taking our money in 2018. This week target.com will be releasing an exclusive Gizmoduck Funko Pop as part of their Funko Friday’s! It is exciting for those of us who enjoy collecting Disney Afternoon merchandise because this figure is being released on week two of the exclusive target.com promo and it is following The Last Jedi Kylo Ren Pop and T-shirt release from last week. This leads us to believe Funko is prepared to offer more Disney Afternoon products in 2018. Maybe we will see a Series 2 for Mystery Minis, Action Figures (which were recognized by a Funko employee on their stream as Series One), and Pops!

We want to thank the Twitter account @popcurated who first shared their discovery of this Pop. They were the first to let us know it was coming, the first to provide us with images, and the first to speculate that it would be part of target.com’s Funko Friday’s.

Let’s start by talking about the Pop itself. I love the look of this Pop. A quick glance should indicate to longtime fans that this is still part of the classic DuckTales line. This is not Fenton Crackshell-Cabrera from DuckTales 2017. You can see the classic design including the “Roboduck” emblem on his chest.

The design of DuckTales 2017 Gizmoduck looks much more heroic and is missing many of the goofier aesthetics that honestly we love about the classic character. Fenton/Gizmoduck hasn’t appeared in the first nine episodes of DuckTales 2017, but we expect to see him soon.

How Do You Acquire The Gizmoduck Funko Pop!?

This collectible will be available for a limited time at target.com on Friday January 12th. They have set up a website for their Funko Friday promotion. The Kylo Ren Pop went on sale at 12 am Pacific Time, and sold out that morning. If you purchase using your Target Red Card you will receive free shipping, and if you do not have a Red Card you can get free shipping if you spend $35. Also, it’s important to note that the Kylo exclusive has a limit of two per person.

Good luck everyone! Let us know when your Gizmoduck is secured!

Update: Target.com has created a place holder for the Gizmoduck Funko Pop ! Get yours Friday for $8.99!!!!