We already know that next week’s DuckTales (2017) episode will have a Vikings theme.

“The Rumble for Ragnarok” episode description:

Dewey must embrace his inner heel to beat the beloved Viking wrestling champ Jormungandr in a battle royale for the fate of the Earth.

DuckTales Season 3 Episode 7, The Rumble for Ragnarok, will air at 9:30am eastern time on Disney XD/DisneyNOW.

This is not the Duck family’s first encounter with Vikings:

The Golden Helmet is definitely a favorite for Carl Barks fans. It was first published in Four Color #408 in July 1952.

Viking legend tells that Olaf the Blue landed on the coast of North America and claimed the land for himself. Donald, who is working at Duckburg Museum, discovers a map that could lead him and his nephews to the Golden Helmet. Whomever possesses the Golden Helmet will become the owner of all of North America; however, they are not the only ones that seek this valuable treasure.

Could this be one of the lost treasures documented in Isabella Finch’s book?

Uncle Scrooge #386 “Weapons of the Vikings; The Gold Hunt Part 1” 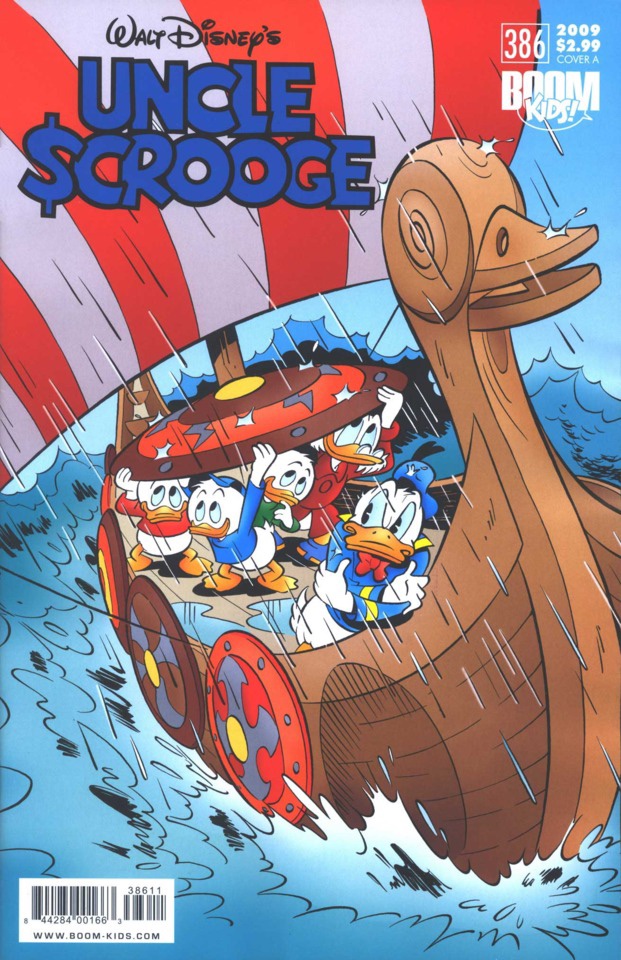 Vikings, that attack and pillage Duckburg, abduct Mrs. Beakley at her opera performance. Scrooge and family travel to Greenland to rescue her. A chariot race against a mighty Viking, Thor, will determine their fate.

This will be our recommended DuckTales 1987 episode this week. 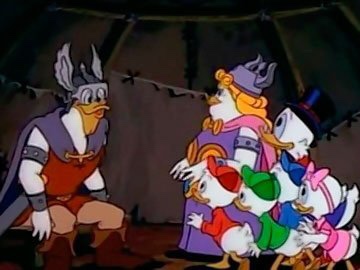 Scrooge, Donald, and Della discover a Viking village in Doom Valley when they try to solve the mystery of why sheep are showing up in people’s refrigerators.

This issue is included in the DuckTales: Treasure Trove trade paperback along with issue #0 and #1.