We are here to bring Muppet Awareness to a Muppetational product line of Muppet Select action figures by Diamond Select Toys. 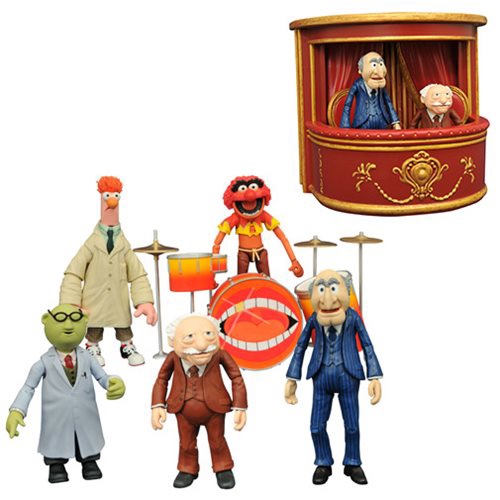 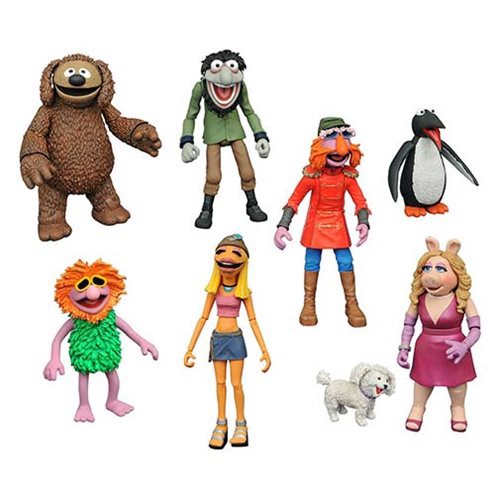 Muppets Select series 4 was planned to be Swedish Chef, Sam Eagle, Rizzo, Dr. Teeth, and Zoot. Much to Muppets fans dismay, there were not enough sales and retail interest to release series 4. This is the definition of a tragedy.

In the Summer of 2018, Diamond Select Toys released a deluxe figure pack of the Swedish Chef with his chef’s table and a ton of accessories. A limited edition Swedish Chef variant figure was then released at SDCC 2019. This variant was similar to the previously released Swedish Chef except his apron was messy and covered with food.

So there is still hope for the rest of series 4 and beyond, but the sales would need to increase to warrant their release. Sound familiar DuckTales fans?

It’s time to get things started. 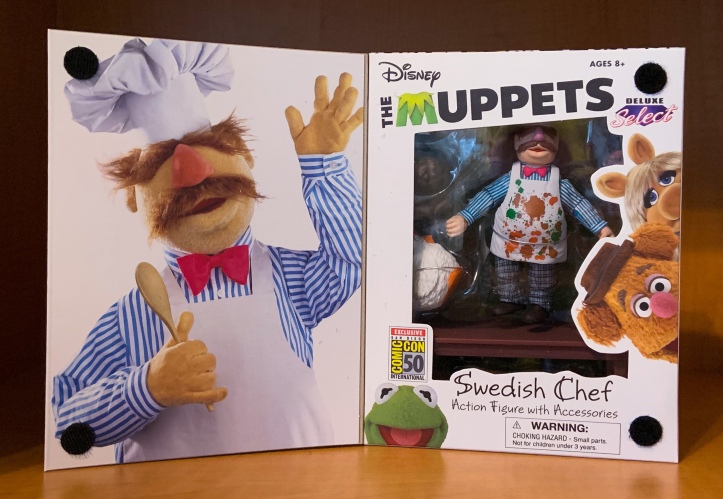 The sticker sealing the box states that this Swedish Chef SDCC 2019 exclusive figure is a limited edition of only 500 pieces. 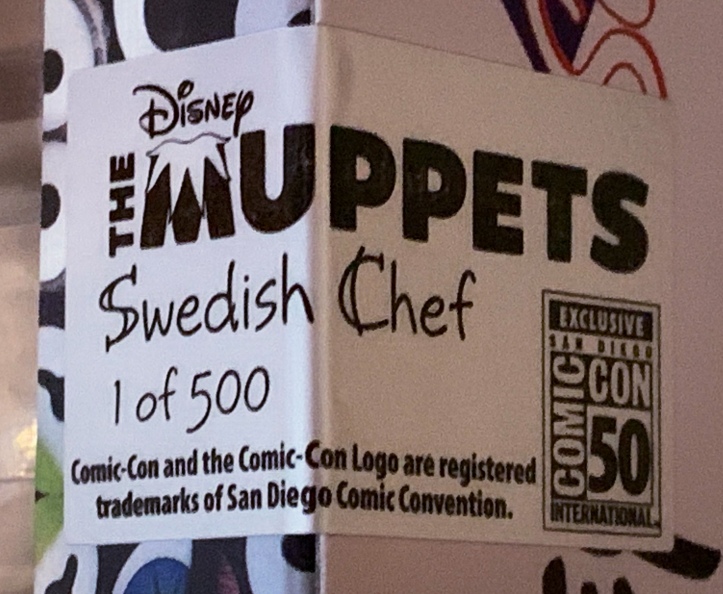 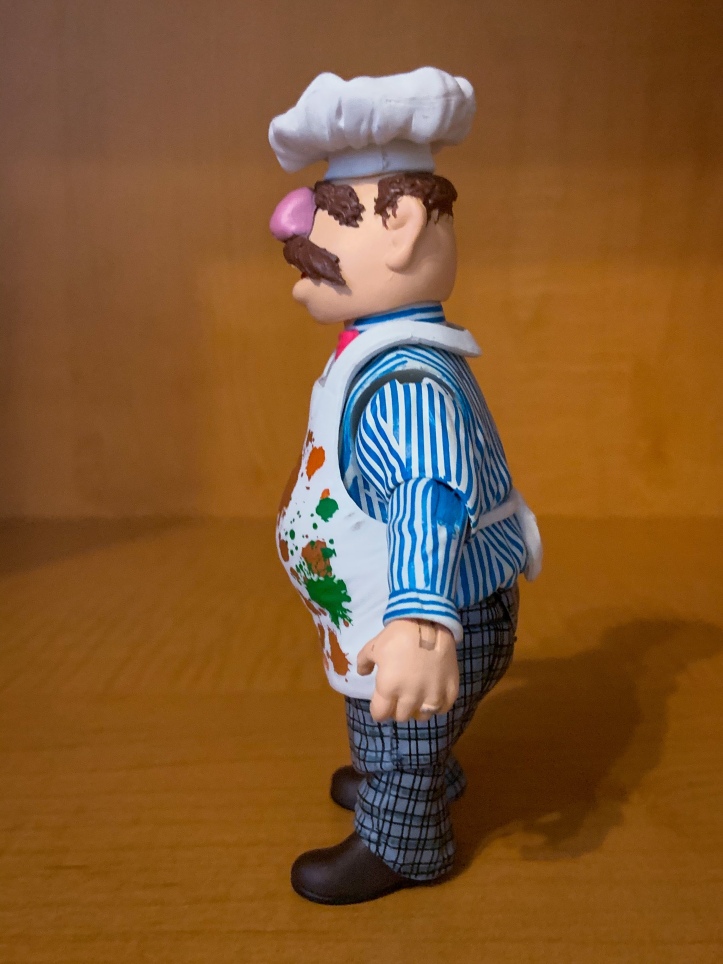 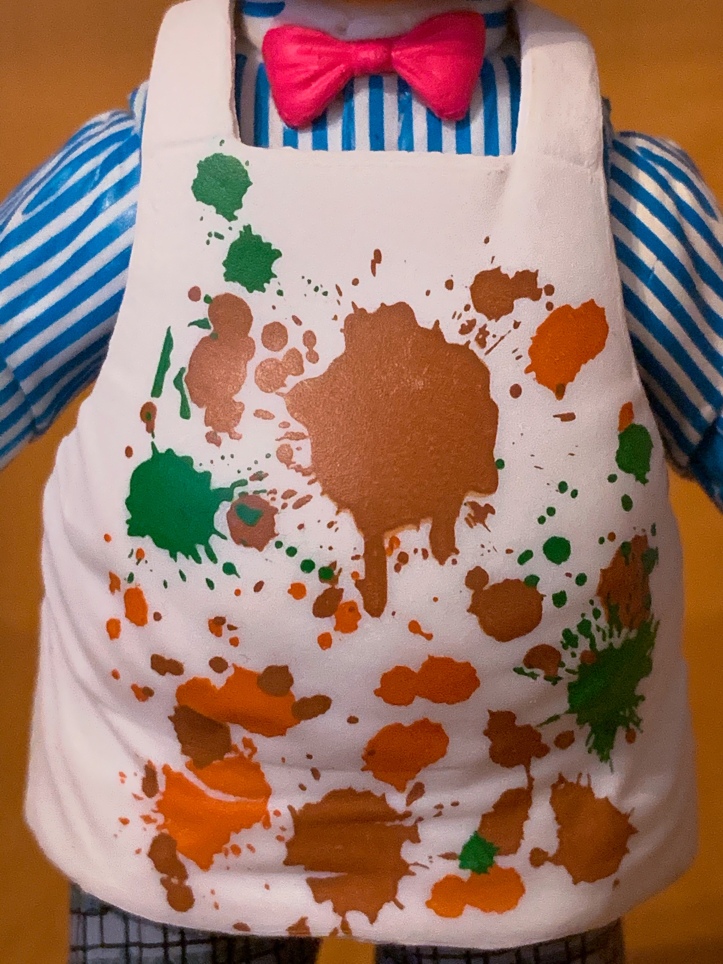 This deluxe action figure release comes with a kitchen’s worth of accessories. 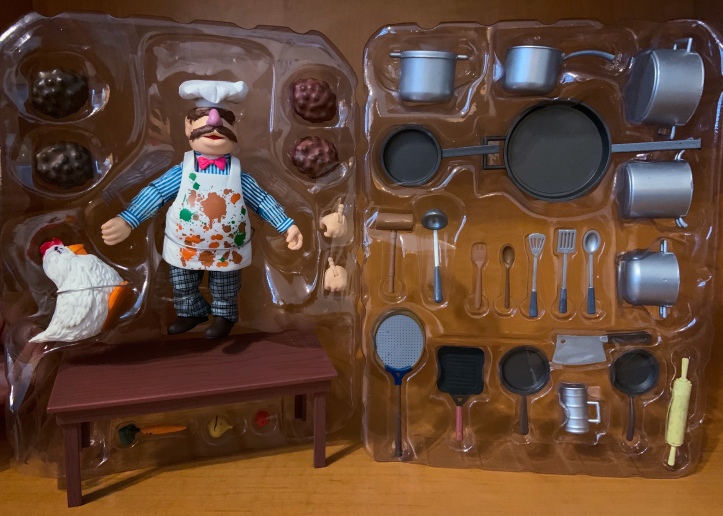 Both the regular Swedish Chef and SDCC 2019 Swedish Chef can be purchased directly from Diamond Select Toys from their online store:

Well are you a man/woman or are you a muppet?…it doesn’t really matter because everyone loves the Muppets. I am surprised that the SDCC 2019 Swedish Chef figure is still available considering it is a low edition of only 500. The Swedish Chef is one of the best Muppets that is also a chef, and I am very happy that Diamond Select Toys released that character’s figure. Hopefully the other planned Muppets series 4 and beyond are produced at some point, maybe next SDCC? In conclusion in the words of the Swedish Chef.