Here is your guide to everything you need to know to get your Woo-oo at SDCC 2019!

DuckTales had a pretty big presence at the last two SDCC with excellent panels and exclusive merch including posters, variant cover comics, and variant PhatMojo figures. Here is what you can expect this year.

This is the third year that there has been a DuckTales Panel at SDCC. In previous panels, there have been trailers, clips, and character reveals for upcoming episodes or future seasons. At this panel last year is where we found out about Fethry, Rockerduck, Violet, Young Glomgold, Christmas spirits, and the Three Caballeros would be coming in Season 2. The only character from that panel slideshow that we have not yet seen in Season 2 is Bubba Duck. This is Paget’s first SDCC DuckTales Panel. We are looking forward to her live interactions with the rest of the cast and crew. There is no official stream where you can watch the panel live, but usually YouTube channels attending the event have posted the full panels minus the stuff that can’t be recorded after the event concludes.

We will be covering the panel tweeting and retweeting all of the goodness that we hear from this panel. So be sure to follow us on Twitter @DuckTalks.

There will be a DuckTales poster giveaway which is perfect to have signed at the cast and crew signing that will be taking place after the panel.

Funko will also be giving away a Scrooge McDuck Funko button at the panel. 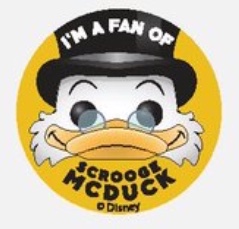 The DuckTales panel is not the only thing that DuckTales fans should be excited about for SDCC. Frank Angones is featured on another panel of animation writers.

How to Think Like a Cartoon Character For a Living Panel

Details from the SDCC Schedule:

Also known as a panel on how to write for animation! There are more cartoons on TV and streaming, for all ages and in all genres, than ever before, and this panel aims to demystify how one writes for, say, a dog in space. Moderator Brendan Hay(executive producer, Harvey Girls Forever) and writing and storyboarding pros Francisco Angones (DuckTales), Lila Scott(Trollhunters, 3Below), Aliki Theofilopoulos(Phineas and Ferb), Tom Sheppard (Robot Chicken), Rachel Vine (The Owl House), and Jon Callan (Justice League Action) will answer your questions and discuss how they broke in, how animation differs from live action, why it’s fun, and how to walk off a cliff without falling. Okay, maybe not that last one. 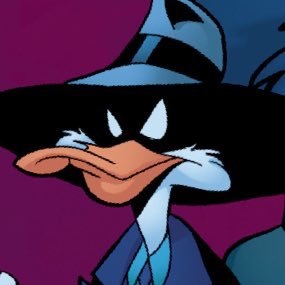 James and Amy will be at booth 5555 in the Illustrators section right next to Artist Alley.

They also both have new sketchbooks which feature various character artwork that they have done. HIGHLY RECOMMENDED

If you are going to SDCC and the DuckTales panel, please know that we have already enrolled in Jelly School. Have a great time and Woo-oo!