Back in January, Walt Disney World launched a year-long celebration of the world’s most loved mice as they celebrate their 90th anniversary.

Along with new party-themed outfits for the Disney Fab 5, there are a host of events happening around the park with one notably including some Disney Duck favorites.

As part of Mickey & Minnie’s Surprise Celebration, they’ve adapted the “Move It! Shake It! Celebrate It!” dance party that happens through Town Square, down Main Street U.S.A. and ultimately around Cinderella Castle’s courtyard to become – wait for it – “Move It! Shake It! MousekeDance It!”

DisneyWorld.com tells us that the Street Party will let everyone “Move and shake along to the new, original song “It’s a Good Time” and modern remixes of classic tunes. Donald, Daisy, Goofy and Clarabelle will be there too, complete with dazzling floats.”

So Donald is there and get’s his own float. That’s awesome, right? But who is joining him on that float? Why none other than Panchito Pistoles and José Carioca! 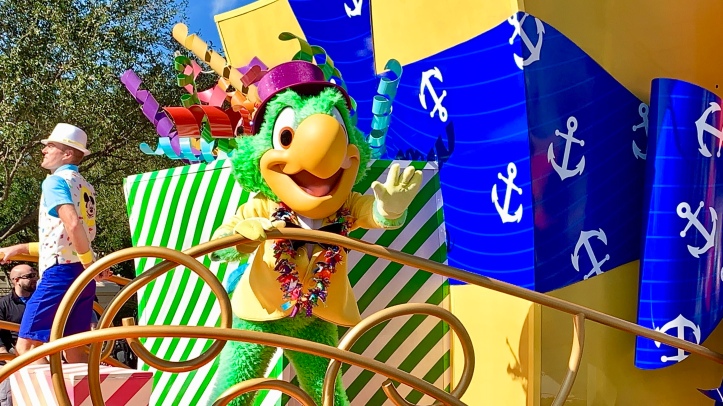 Better yet, José and Panchito get down off the float and dance along with guests to classics like the Cool Jerk and Dancin’ In the Street. Plus, you’re sure to get It’s a Good Time, the theme song for 90th Celebration, stuck in your head for the rest of the day. (Confession: It’s a song I hate to love and will listen to on repeat with a smile on my face the entire time.) 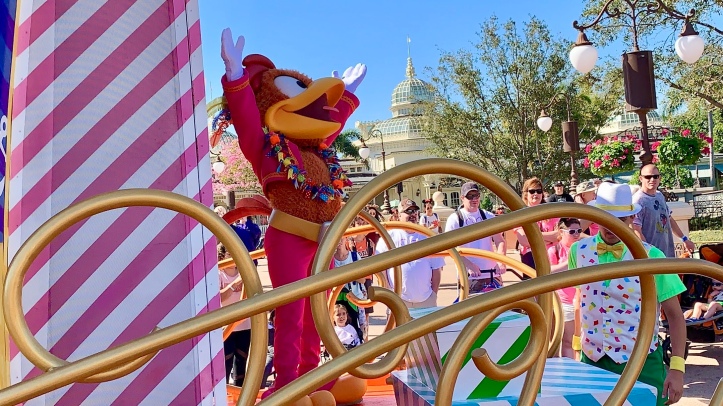 It’s really an awesome experience, and while you may not be able to get an autograph from the characters, it’s definitely a great photo op or a chance to grab some cool video for your Instagram story.

A couple other rare characters are in the line-up too, like Max Goof and Clarice.

Mickey & Minnie’s Surprise Celebration should continue through most of 2019, so if you have a trip planned to Walt Disney World, make sure you check out “Move It! Shake It! MousekeDance It!” and share your photos with us on Twitter.