Today, we will take a look at the different Shere Khan Funko releases.

Funko introduces Baloo and King Louie POP figures in 2013. In 2014, they added more Jungle Book characters with Mowgli, Kaa, and Shere Khan. The series has been retired. 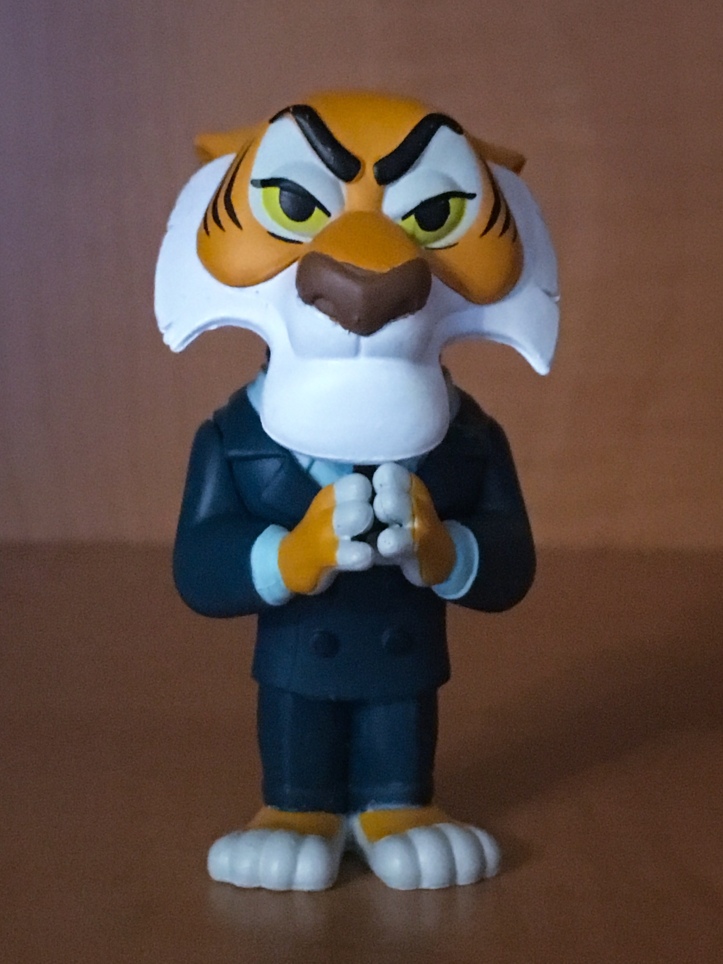 Funko recently released a TaleSpin series of POPs that includes Baloo, Louie, Kit Cloudkicker, Rebecca Cunningham, and Shere Khan. Louie had a chase variant figure with a repaint of his Hawaiian shirt that had a rarity of 1:6 in cases. Funko also released two TailSpin exclusives. A flocked Baloo POP figure is exclusive to Target. NYCC had a different pose of Shere Khan that was a shared exclusive with GameStop.

Here is a look at the regular Shere Khan Funko POP from the TaleSpin series.

The NYCC/GameStop exclusive has a slightly different pose with his hands together which matches the Shere Khan Mystery Mini pose.

Here is a comparison pic with the two versions of the Shere Khan Funko POPs. 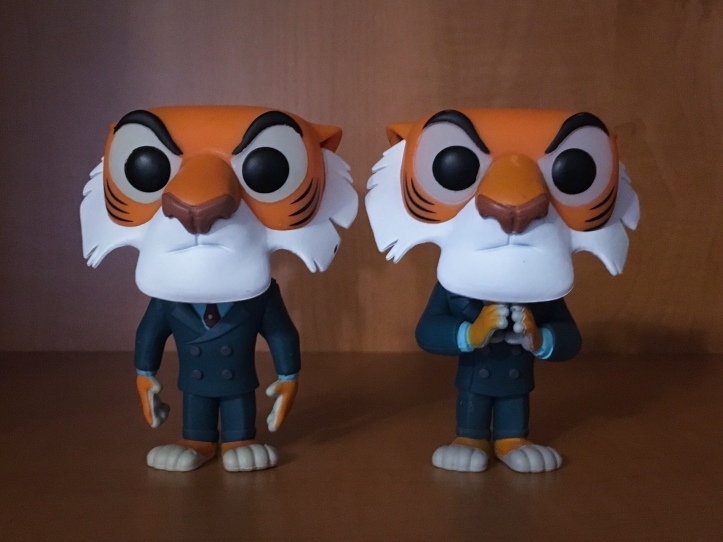 As you can see, there are not enough differences between the two figures for you to need both of them unless you are a completist like me. I do prefer the hands together Shere Khan when compared to the original, but it will also cost you $5 more because it is a convention exclusive POP. I would have much rather had a different character as the convention exclusive such as Don Karnage or Molly Cunningham. I hope we get those POPs in the future.

Here is a pic of the evolution of Shere Khan POPs. 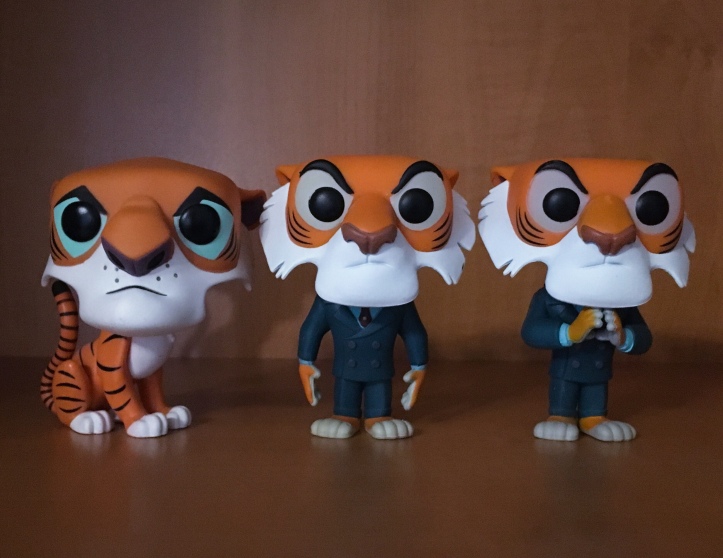 We will be back next week with another tale to spin!