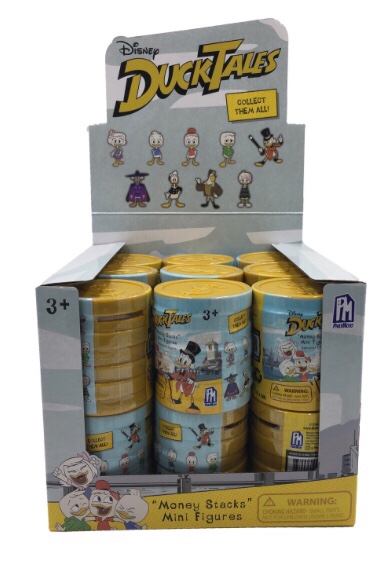 Each 2.5″ figure will come in one of these boxes, and you will not know what figure is inside them. The box can be used as a small bank once you have taken the figure out.

There are a total of nine different figures that you can get randomly in your money stack box. Look below for the figure lineup which includes DARKWING DUCK!!! This is also Lena’s first figure in any of the DuckTales merch lines of toys. Each box will retail for $4.99. 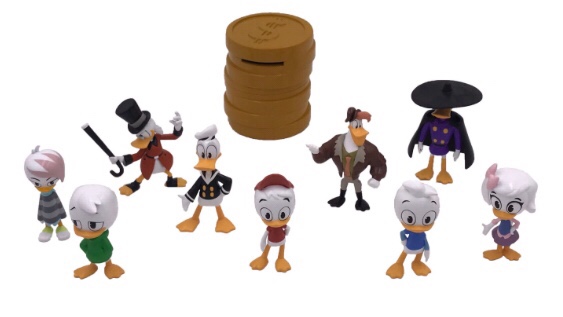 Which figures are you hoping to get? I am going to need a complete set! Let us know in the comments below or tweet us at @DuckTalks.