I attended my first MegaCon convention in Orlando, FL this weekend. MegaCon is an annual convention that has a little something for all pop culture fandoms. I highly recommend that our readers attend next year!

This is part 1 of a 2 part series of blogs that will talk about my great experiences and purchases from two of the artists that were in attendance at the event.

Part 1 will be about RAK Graphics.

Part 2 will be about Don Rosa.

RAK Graphics is run by Robert A. Krause. Robert is a professional artist with 30+ years experience. He created the Chakan the Forever Man character that appeared in a video game for Sega Genesis and Game Gear. You can read more about Robert and see his great art work on his website. 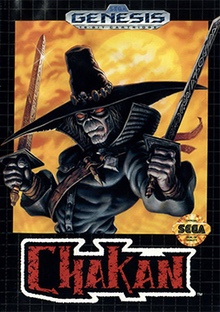 Robert has a series of art called Superfreeks. One of the formats that Superfreeks are available in is a mini art print of size 2.5″x3.5″ that come in a hard sleeve case. His booth at MegaCon was full of these collectible Superfreeks cards that were all individually signed by Robert. His booth reminded me of a sports card shop, but instead of sports cards, it was all art representations from all walks of pop culture fandoms. The 2nd best part was that all of these signed mini art print cards that come in a protective case were only $1 each. MegaCon guests were buying up these cards like crazy because of the size of the prints as well the price.

If the price being $1 was the second best part, you know the first best part had to be something really good. My favorite part of Robert’s booth was Robert. He was extremely nice to my kids. I attended MegaCon with my 7 year old and 10 year old, and as I walked through Artist Alley I could tell that my kids provided much anxiety for artist as we walked by each table and booth. Artists are very protective of their work as they should be. Believe me, my kids also give me anxiety in that type of situation as well. Robert was very interactive and talkative to my kids in helping them discover which characters they would be interesting in finding mini prints of in his booth full of characters. As a parent, that made me feel more relaxed and made me want to spend more time and money in his booth.

Ok, enough of the feel good moment Pirate. What mini print art cards did you purchase?

This is a blog about Ducks, so let me start off by showing you the ducks from the Superfreeks collection that I purchased.

I searched everywhere for some Darkwing Duck art, but Darkwing was rare since Aaron Sparrow, James Silvani, and Tad Stones were not at MegaCon

Robert had the terror that flaps in the night, Darkwing Duck.

Donald Duck…In this picture I am imagining him asking me if I would like some Donald Duck Orange Juice.

My other non duck favorite characters are Kylo Ren, Star-Lord, and Captain Jack Sparrow. Robert had that trio as well.

The Captain Jack Sparrow mini print was actually on his business card that he signed for me.

If you are unable to make it to any of the conventions that he is attending, you can purchase cards from Robert’s Superfreeks collection online at his website

Robert, if you are reading this, I would really love to see more characters from the Disney Afternoon series in your Superfreeks collection from DuckTales, Chip ‘n Dale Rescue Rangers, Darkwing Duck, and TaleSpin. Also, Adventures of the Gummi Bears, Bonkers, Goof Troop, or Gargoyles. You would make a killing from Overwatch characters. *cough* *cough* Reaper *cough* *cough*