If the title of this blog post wasn’t warning enough,

We’ve had a lot of interest from fans of DT17 who actually want to know the spoilers contained in Launchpad’s Notepad: Jokes To Quack You Up, and since this is an officially licensed and released product from Disney we have decided to share them with those of you who haven’t bought the book yet.I would like to add that the book is a lot of fun. Especially for families with children. My daughters were giggling while reading this book until we made them turn off the light and go to bed. I think that is a win.

If you don’t want to see these spoilers, please stop reading now. I am assuming all of the images in the Joke Book are from episodes of the show. All of the images I was familiar with came straight from the show. At least one of these will spoil an upcoming episode of DT17 that has not aired in the US, and the others are just confirmation of things we knew were coming. I will save the best for last. And please be careful not to ruin the surprise for other fans. Don’t be that jerk.

The first image we have already blogged about. I am curious if this image is from one of the upcoming episodes or if we have already seen this scene. Launchpad is obviously driving and wearing his chauffeur hat…

This image is most likely from “Spear of Selene!” and reveals a new character. We’ve seen some production images of the character, but I believe this is the first time his name has been revealed to be Storkules.

Sorry the next image is so poor quality. I will try to update it when I get home. I took it while trying to edit our podcast, and decided today to write this blog. This image is exciting because we were speculating the B.U.D.D.Y. System episode could be a Jr Woodchuck episode… this may confirm that.

And finally, the big reveal! If you have seen the episodes that aired outside the US this isn’t a spoiler for you, but if you haven’t this is a big deal. I’ve been searching for Duckworth since before the show aired, and this reveal was worth the wait. 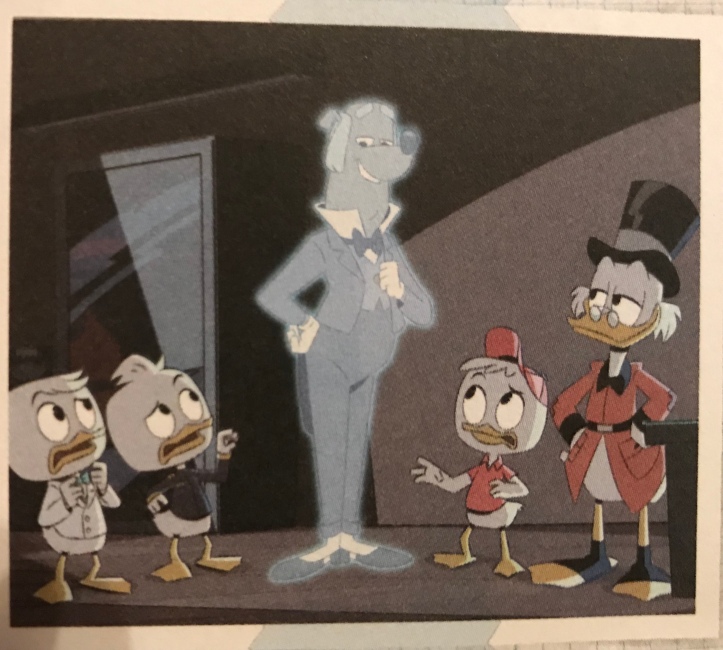