Herocross is a Hong Kong based toy and collectibles company that makes high quality figures of all of the best franchises. I became a super fan of their products ever since I first saw their HMF (Hybrid Metal Figuration) series of articulated Disney duck characters. In the HMF series, they have released figures of Donald Duck, Daisy Duck, Scrooge McDuck, Huey, Dewey, Louie, and Webby Vanderquack.

The Donald Duck HMF figure has been one of the best selling figures for Herocross in the HMF series. I was able to luckily purchase it before it became unavailable. It has been one of my favorite Donald Duck figures in my collection. You can read my review on that figure here.

The Donald Duck 2.0 comes with three different head sculpts. Each head sculpt is a great representation of Donald’s many personalities. The side eye Donald is new for this release.

Donald’s head is more round and slightly larger on the 2.0 version than the original release (on left). 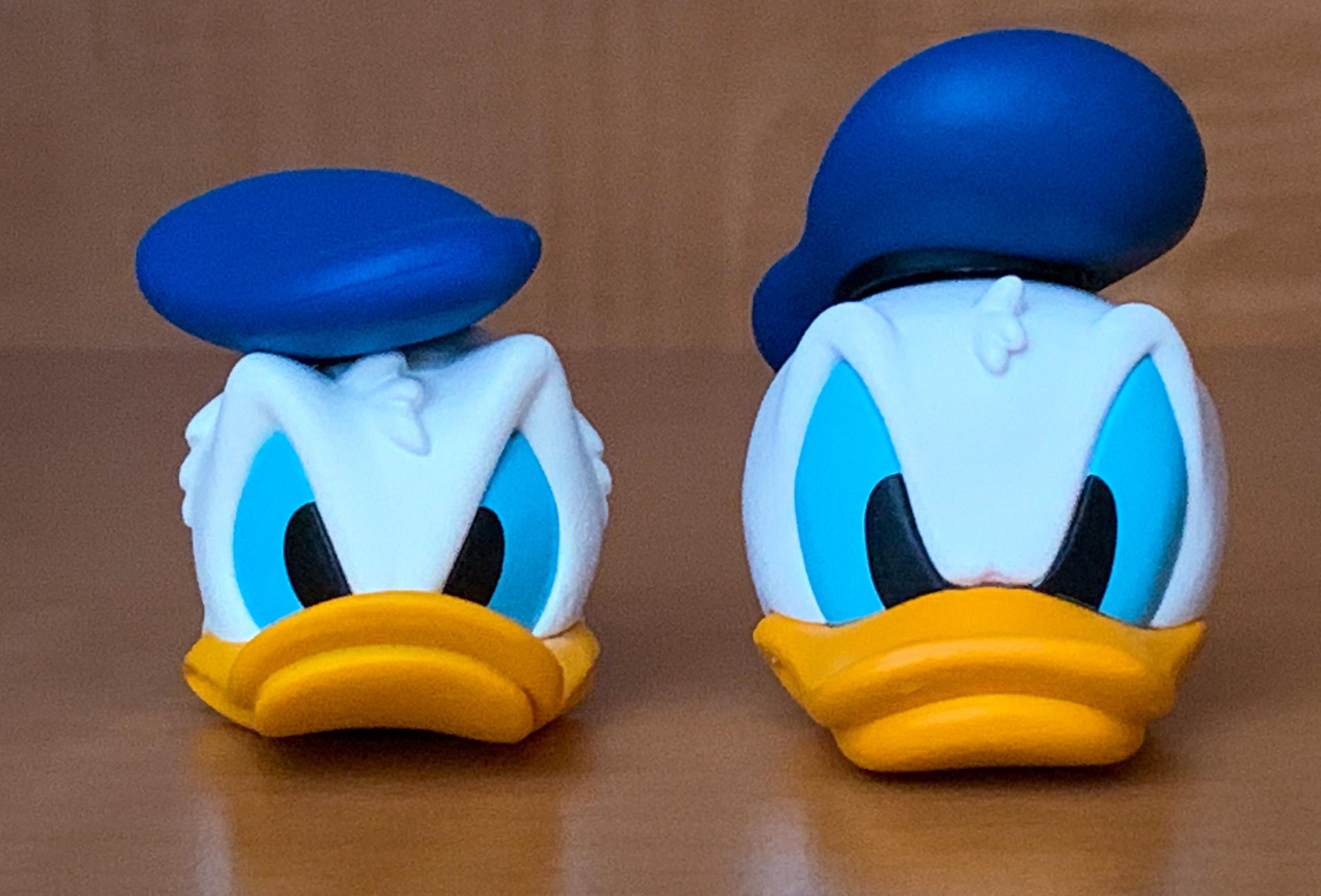 Another fun feature of the 2.0 release is that Donald’s hat is removable, and it is held in place by a magnet. This provides more options in your poses and display of your Donald figure.

Donald Duck has 20 points of fantastic articulation. High quality Disney figures with this much articulation for poses and display are hard to find. Since the figure is a hybrid figure that includes metal parts, it has a great weight to it which helps it stand and pose well for your display. 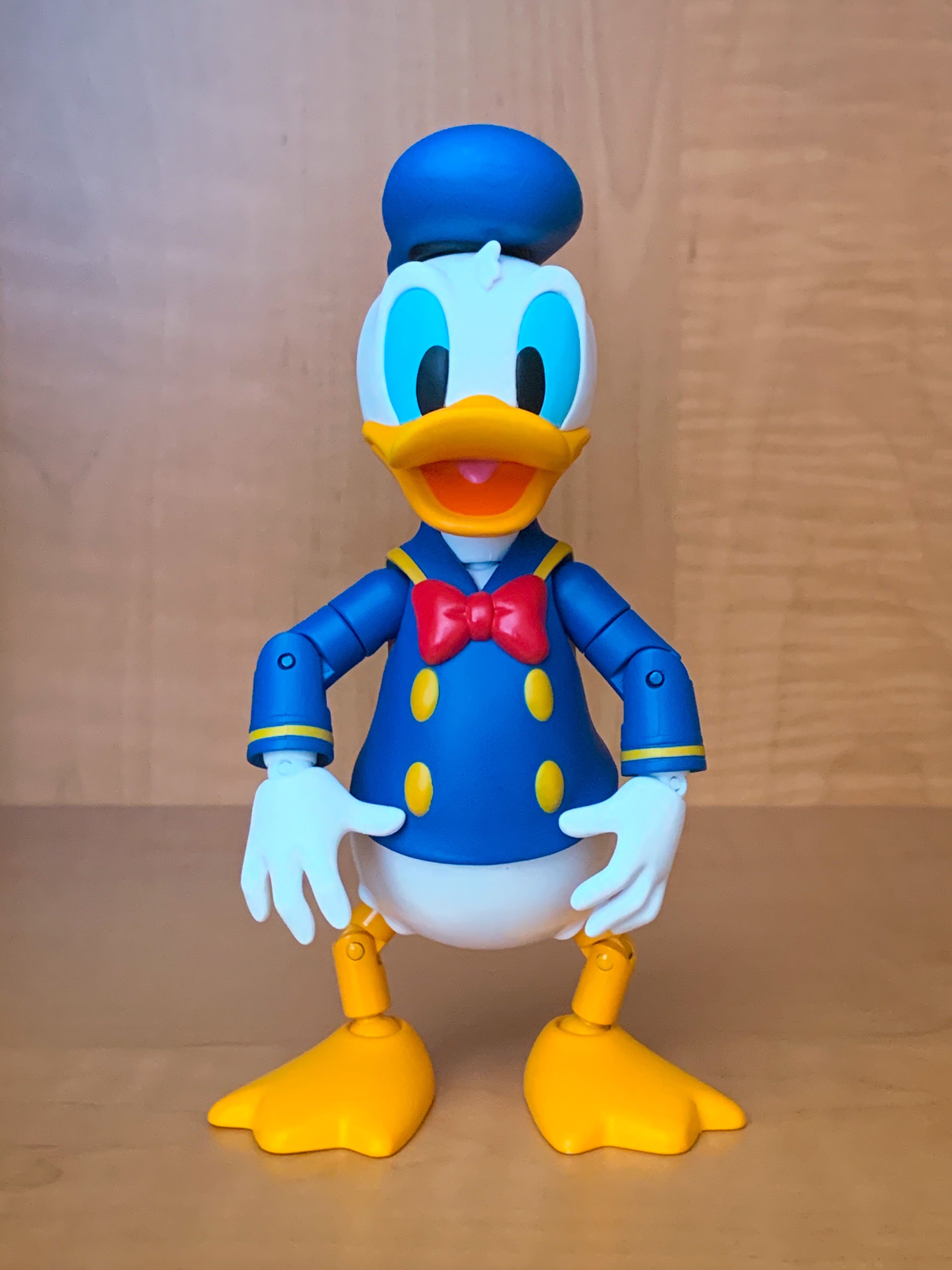 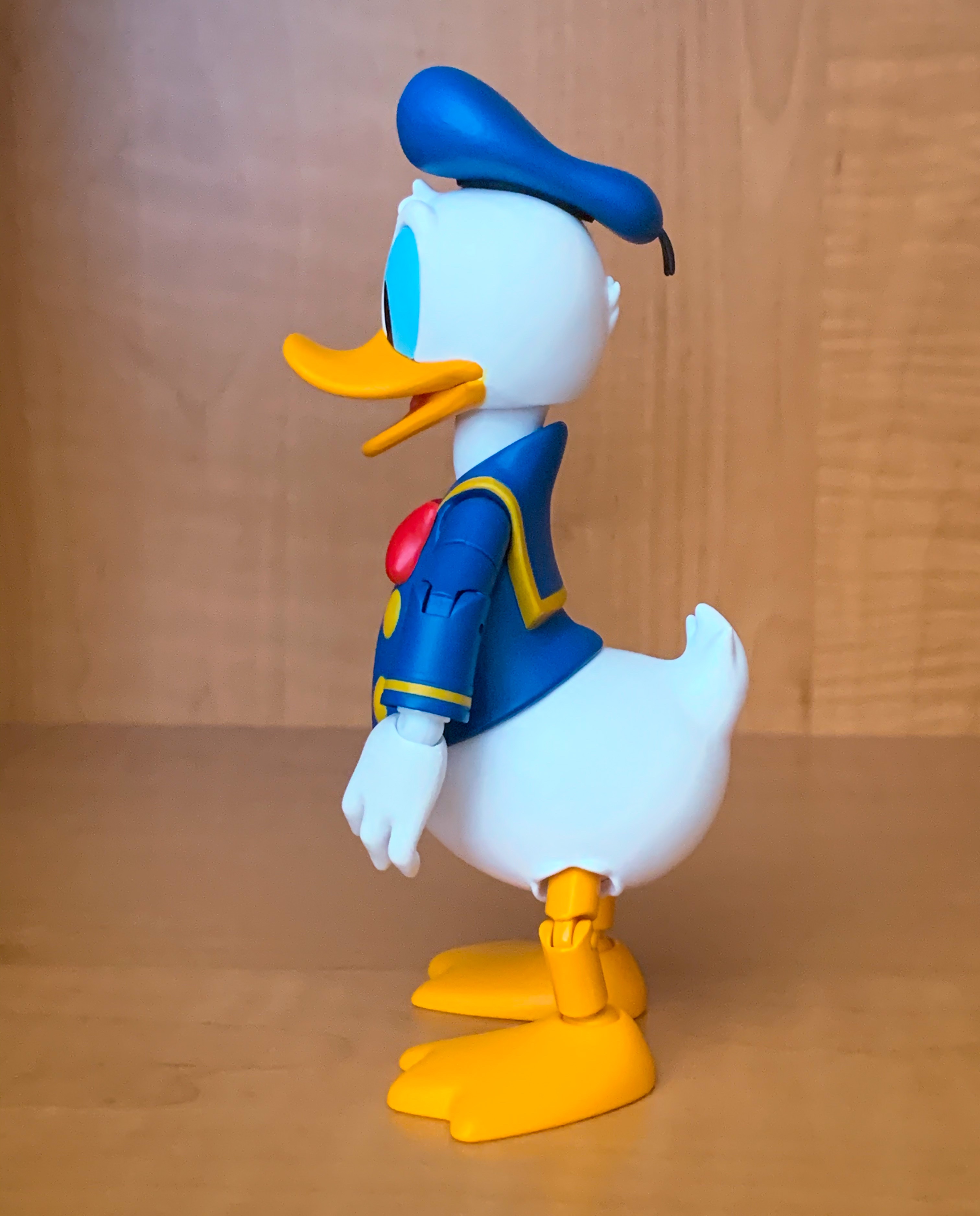 This figure also comes with a total of six interchangeable hands. Note: The heads are a lot easier to swap than the hands. The hands are extremely tight on their pegs so you are going to need a lot of cautious wiggling and patience to carefully remove the hands.

The following are some side by side pictures of the original release and the 2.0 version. As you will see, the bodies of the figures and hands are the same. The neck is a little larger on the new figure to fit the new size head. It would be great to see some additional paint variations of Donald if Herocross decides to go that route in the future.

I love both of these figures, and it kind of gives me a feel of an evolution of Donald. The new head sculpts are definitely a big improvement over the original. 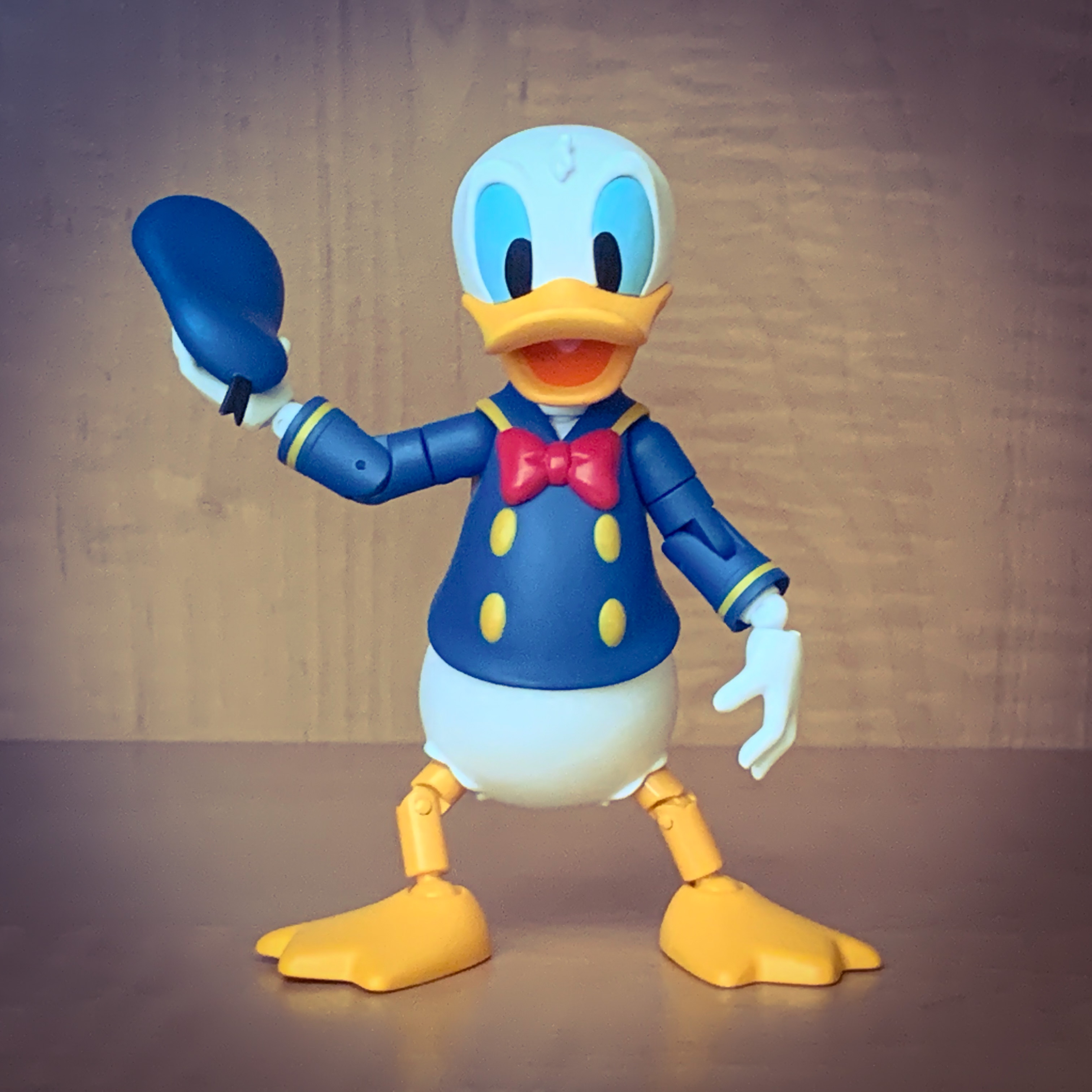 Donald looks great when displayed with his duck family of figures also made in Herocross’ HMF product line. 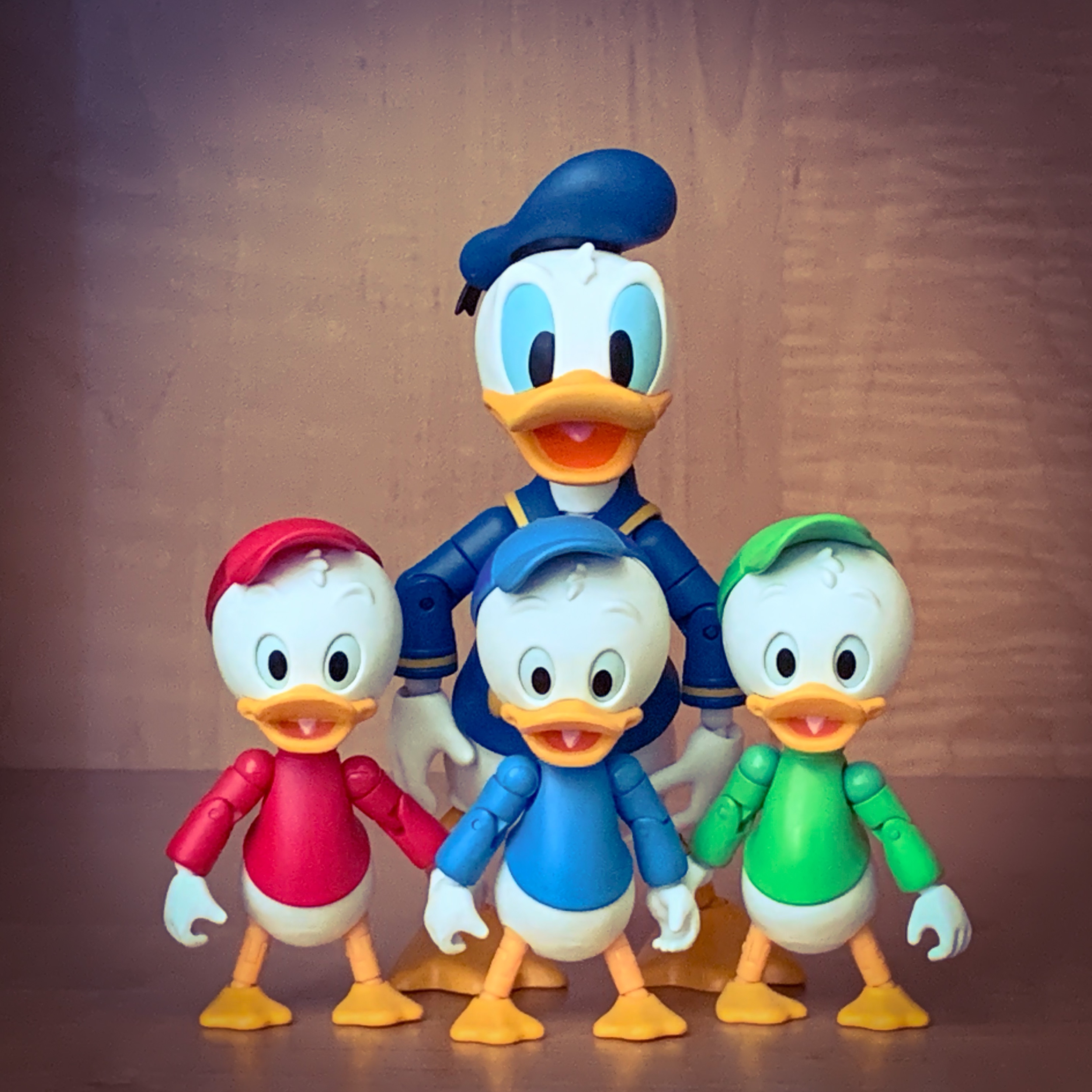 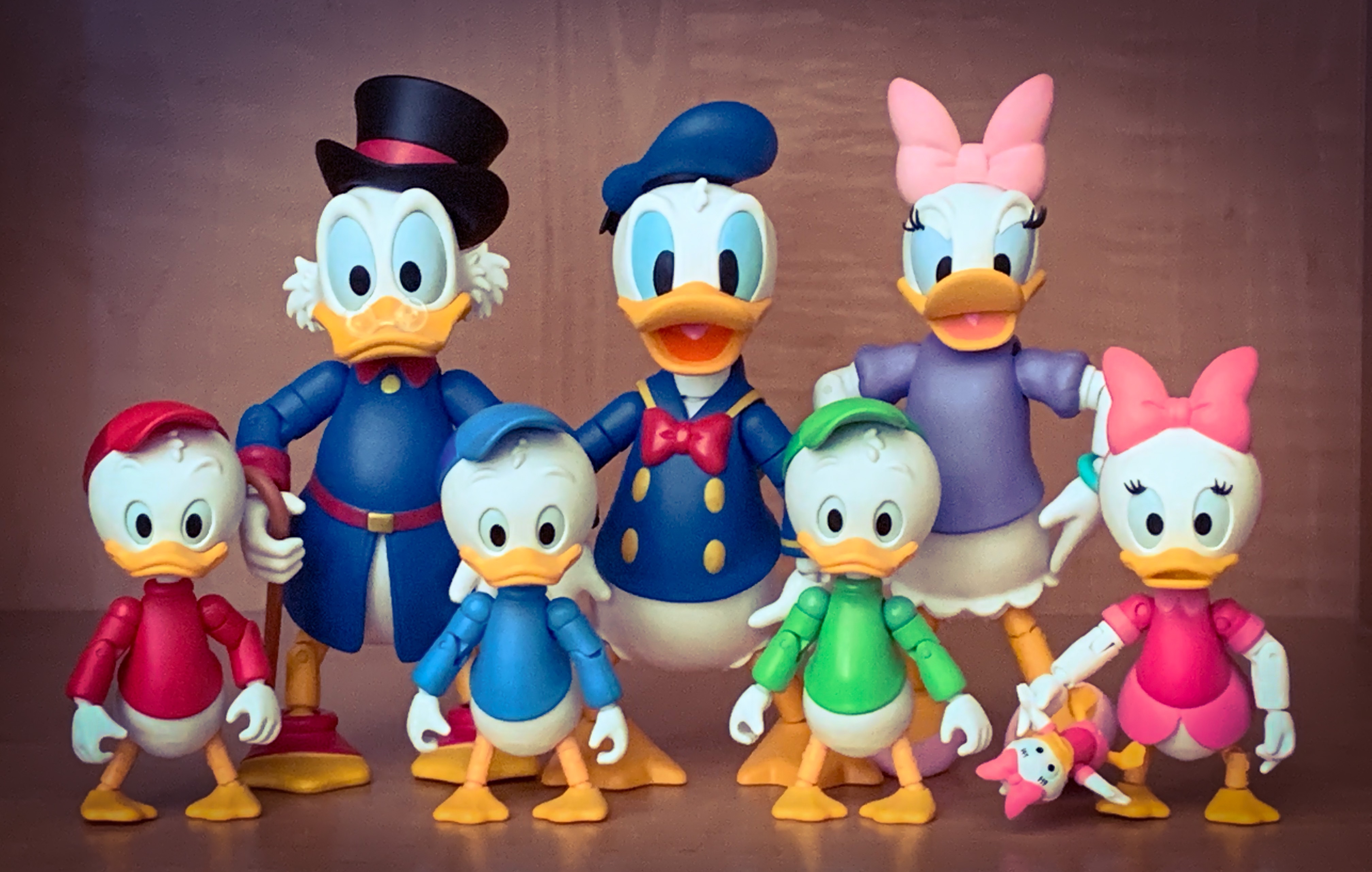 This figure retails for $68 USD and can be ordered directly from Herocross’ website at the link below:

The Herocross Disney duck series of Hybrid Metal Figuration figures is seriously impressive and a real treat for DuckTales fan collections. The Donald Duck 2.0 figure is an improvement over the original release which can no longer be found, but the original version still has a lot of charm. It was a great surprise to see Herocross reissue that popular Donald figure so that more fans and collectors could get their hands on him. The Scrooge McDuck HMF has been long sold out so hopefully a reissue of Scrooge will be next. That Scrooge figure is my all time favorite Scrooge McDuck figure.  A red coat Scrooge for the reissue would be legendary. Donald has had so many popular looks throughout the years that I definitely wouldn’t mind any other variant paint jobs for maybe his early animated years, comics, or DuckTales (2017) look. I really hope this Disney duck product line continues to sell well so that more characters can be considered to be added to the collection like Launchpad McQuack, Darkwing Duck, Flintheart Glomgold, or Magica De Spell.

I wish these figures were more widely available as currently you will need to import these figures from Hong Kong by purchasing directly from Herocross’ website. It is definitely worth repeating again that the hand swaps are extremely tight so be very cautious when trying to swap them around for your poses.

Thanks again to Herocross for letting me showcase the Donald Duck 2.0 HMF Reissue figure on the blog!

Let us know what you think about the Herocross Donald Duck 2.0 HMF Reissue figure in the comments below or tweet us @DuckTalks.