For each blog, we will focus on one of the figure packs in full detail from Diamond Select Toys Nightmare Before Christmas series 7 and 8. Today’s blog will be Short Vampire and Zeldaborn from series 8. 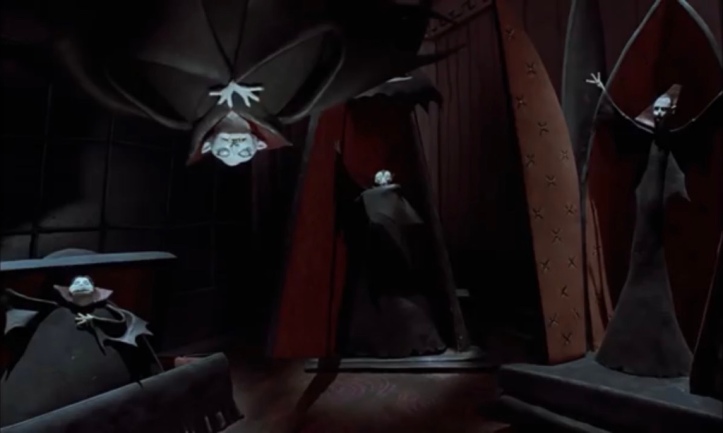 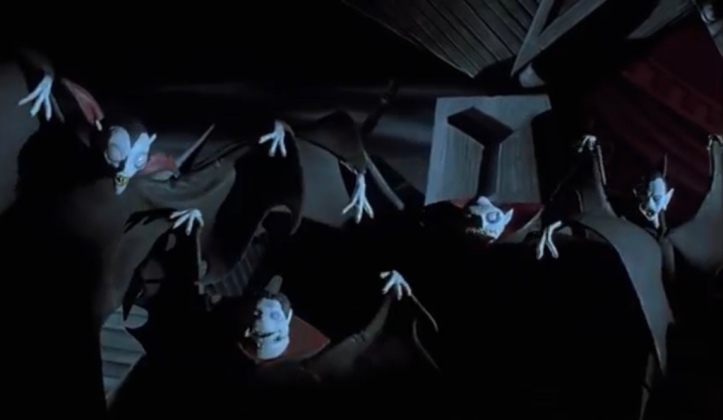 Short Vampire and Zeldaborn come in a window package which displays the figure, accessories, and a Halloweentown Guillotine piece. The window packaging leaves the option of displaying this figure in box if you are an in box action figure collector. 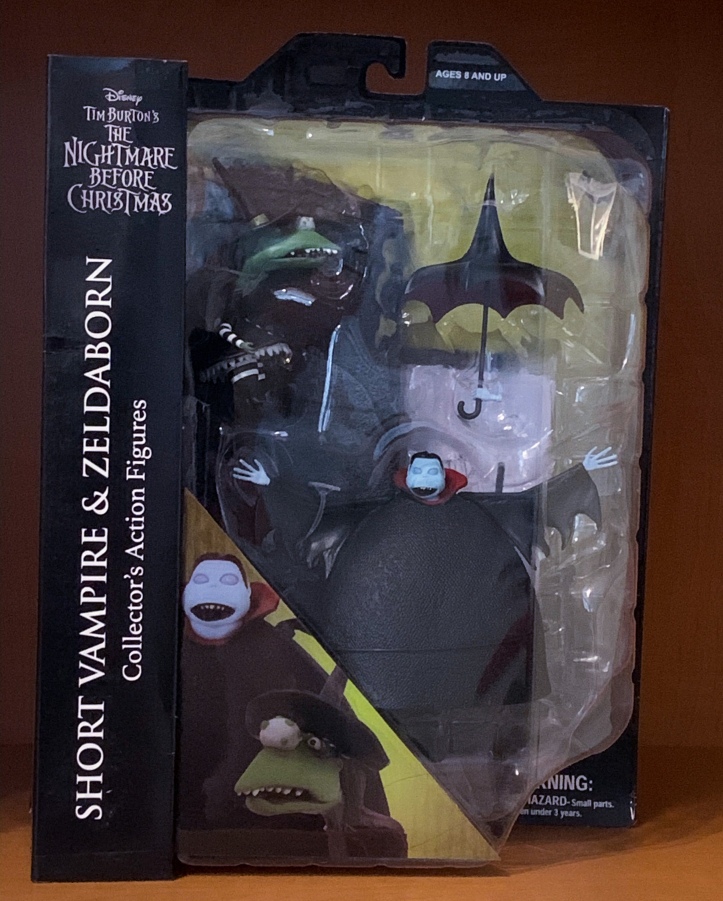 The box side view shows a glam shot of the Short Vampire and Zeldaborn figures. 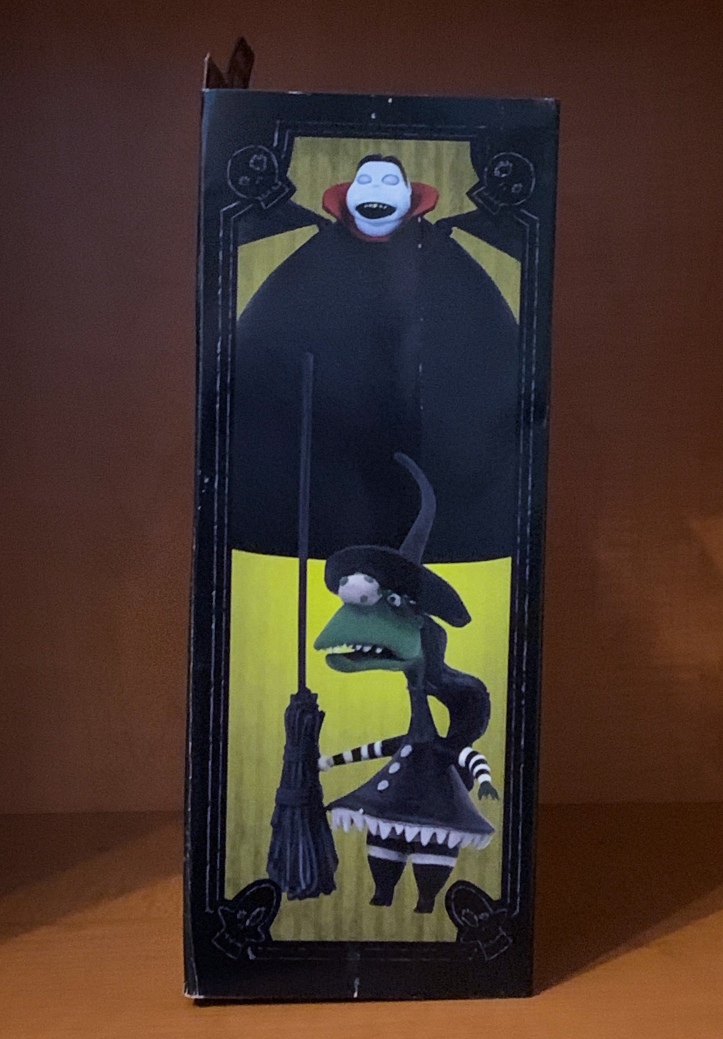 The back of the box shows the other figures that are included in Series 8 as well as what the Halloweentown Guillotine will look like when it is assembled. 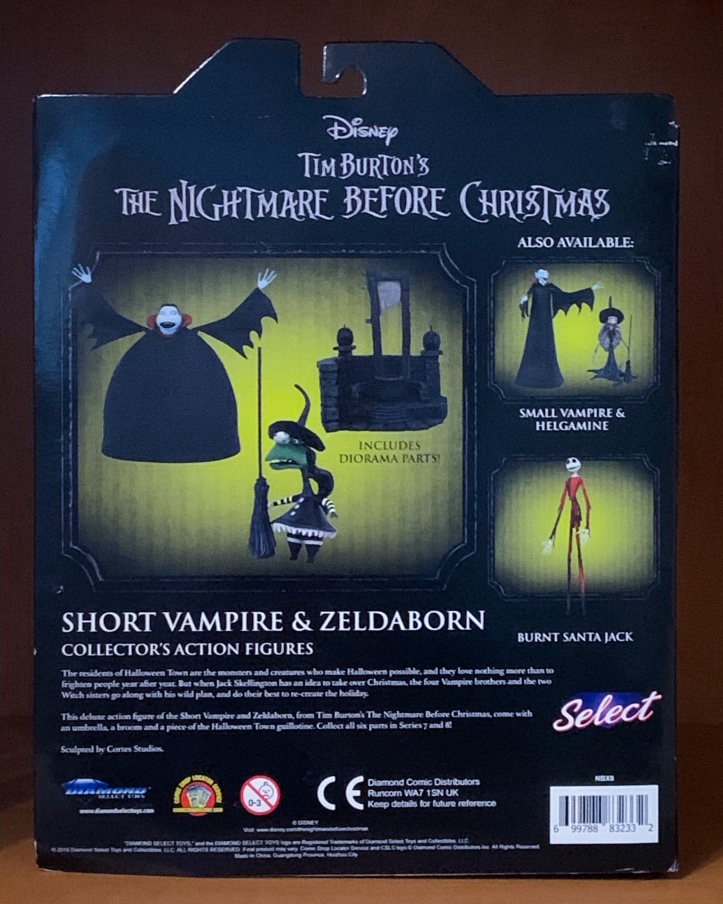 I love the film specific details of this Short Vampire figure. There are four vampires from Halloweentown, and they are all very different in appearance. The Short Vampire has five points of articulation: head, shoulders (2), and hands (2). For pose ability, you can move his arms in or outward. 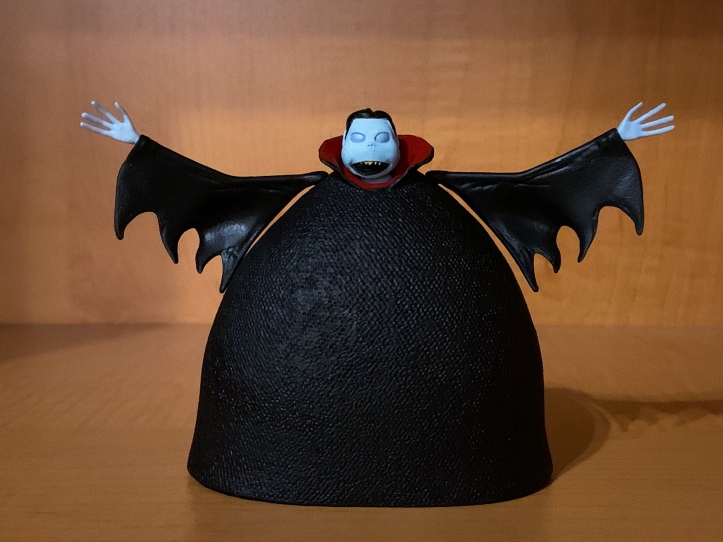 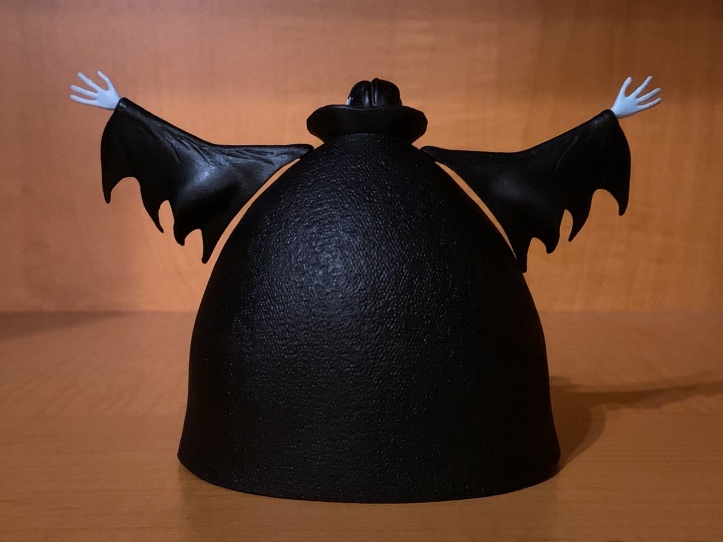 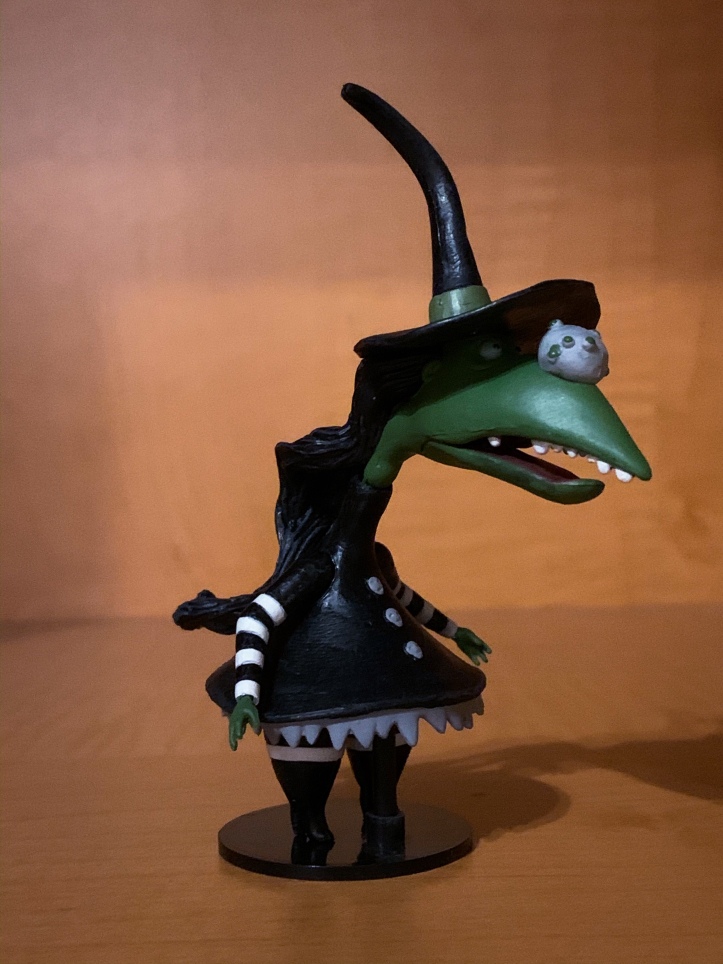 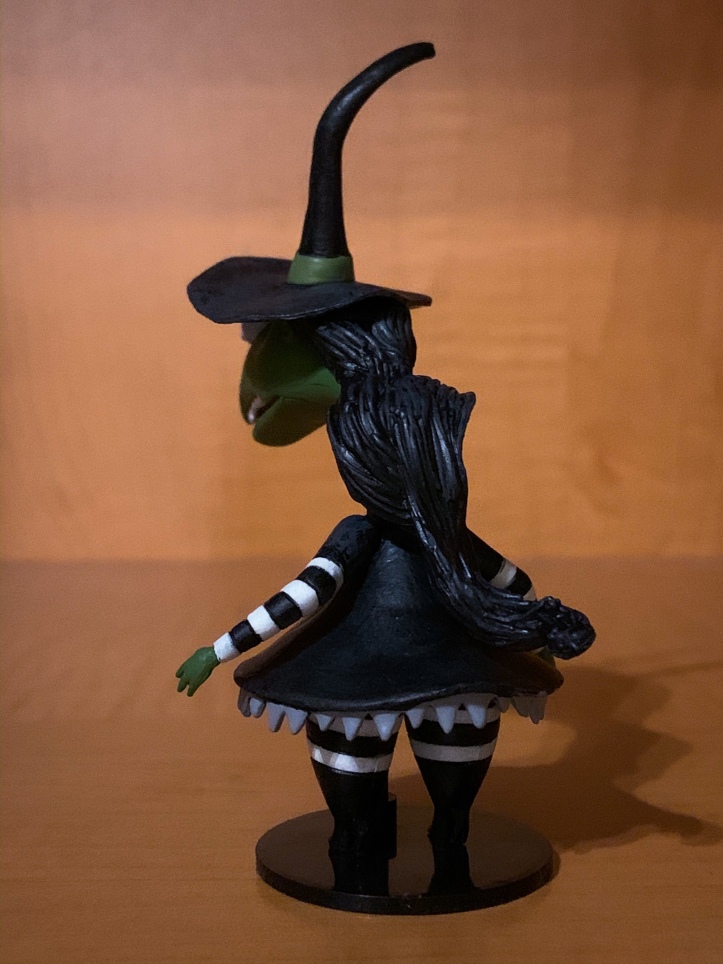 This figure pack comes with two accessories: an alternate hand holding an umbrella that vampires equip in the movie to help block the sun during the day and Zeldaborn’s broom. 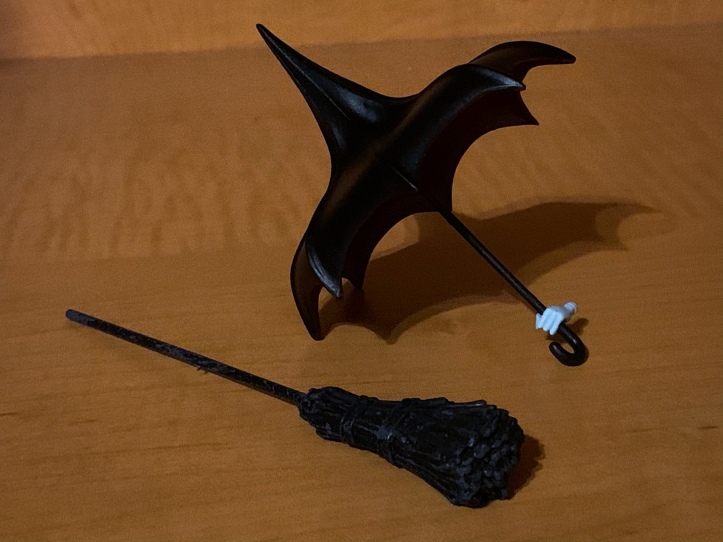 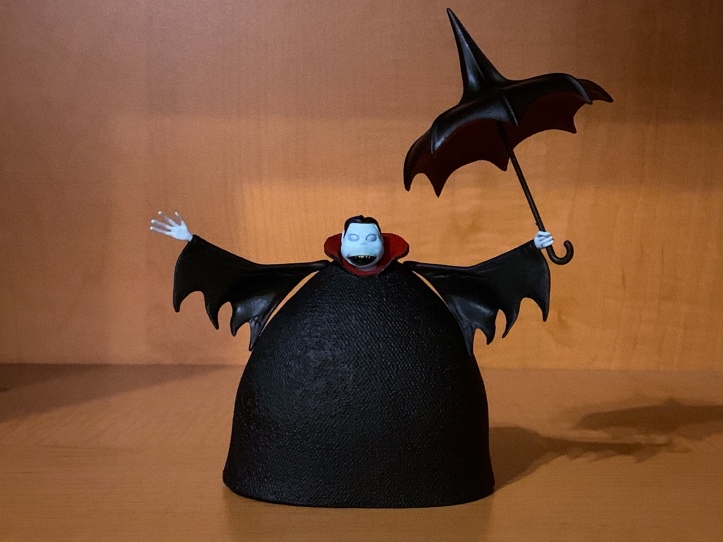 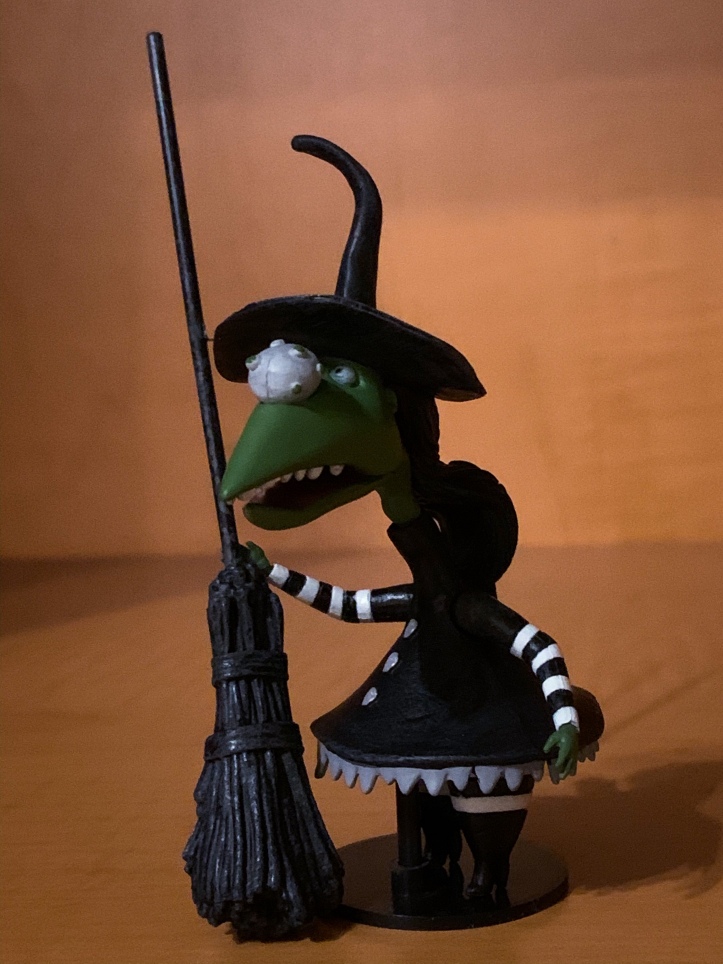 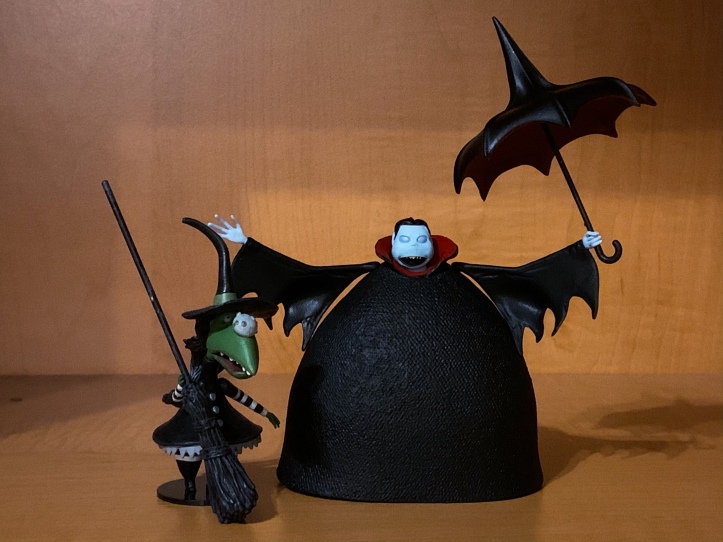 The Guillotine piece that comes with this set is a large flooring piece. The Guillotine diorama build is a great bonus for those who purchase all of series 7 and 8. We will take a look at the complete build in our final blog for this series. 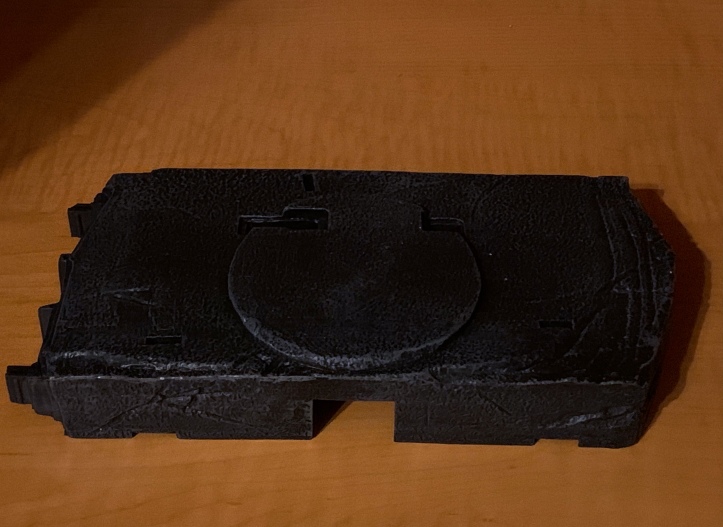 I really love how Diamond Select Toys has been making figures of secondary characters of the citizens from Halloweentown. In this figure pack, we get two characters which makes it an even greater value. These figures come with a large Guillotine piece that you will need to complete the diorama. If you are going for the Vampire set of four and the Guillotine then you definitely need this figure. The second witch from Nightmare Before Christmas, Helgamine, is also included in another one of the series 8 figure packs

In the next blog, we will unbox the Small Vampire to complete the set of four Nightmare Before Christmas vampires. 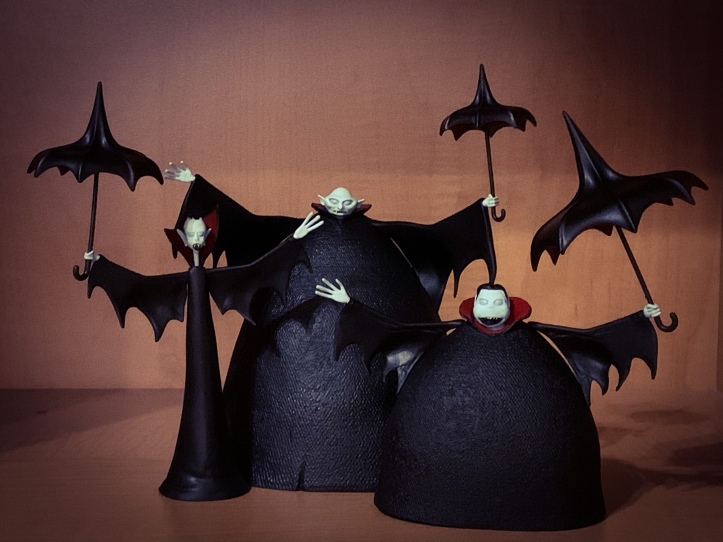