Last week as Darkwing Duck fans were going bonkers over the episode “The Duck Knight Returns!” news came out that the long dormant Rescue Rangers movie had gained a new director, Akiva Schaffer. It was previously reported that commercial director Robert Rugan was attached to the movie, but he has moved to other projects. The movie has been in the works for four years.

The script was reportedly written by Dan Gregor and Doug Mand and Barry Schwartz is listed as the Producer. Reports on the movie say that it will not be an origin story and it will not focus on a detective agency… Talking about the plot the words “meta” and “self-referential” have been used to describe the project… so there is really no telling what is happening with the property.

Over the past few years I have been trying to follow news on the film, but there hasn’t been much said. I have both come across people in the industry who knew about it and those who did not. I for one have remained positive about the movie because I believe Disney would create a fun, family-friendly movie that would further revitalize the Disney Afternoon.

If your first thought when hearing about the movie was to consider a Disney Chipmunks movie, you aren’t alone. That was my first thought. I think the Chipmunk movies were ok, and I think the first one was the best (sorry Zachary Levi). But I think they were missing something that Disney can bring to the table, more heart.

Another question that should be resided is how will the movie be distributed. I think the Disney Afternoon properties are marketable right now, and this is the time for Disney to capitalize on them. Those of us who grew up with the properties would love to take our kids to see them, and that equals dollars at the box office. The movie would have to receive seriously bad reviews before I would pass on it.

However, the arguments for a Disney+ release are valid. A project has greater potential for success on a platform like Disney+. The Box Office has become more and more of a gamble in recent years, and producing a movie like this for Disney’s in-house streaming service feels like a safe way to get the movie made. 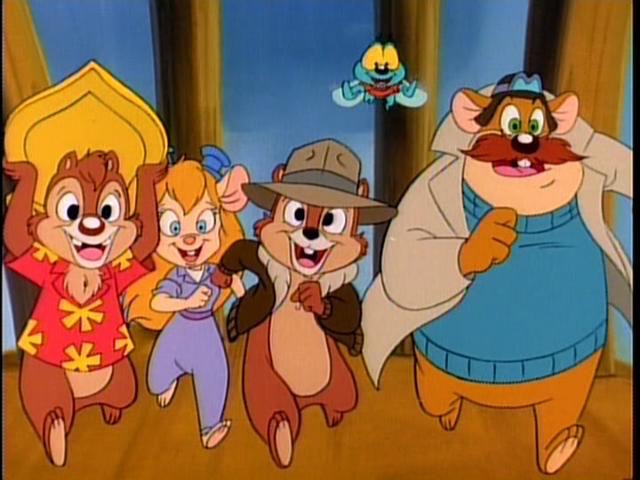 What are your thoughts? Are you excited about the movie’s recent announcement? What would you like to see from a Rescue Rangers Live-action movie? Join the conversation below, or on Twitter.